Tommy Lee showed up for the Courtney Love concert at The Roxy last night, but left the venue before Love even arrived. 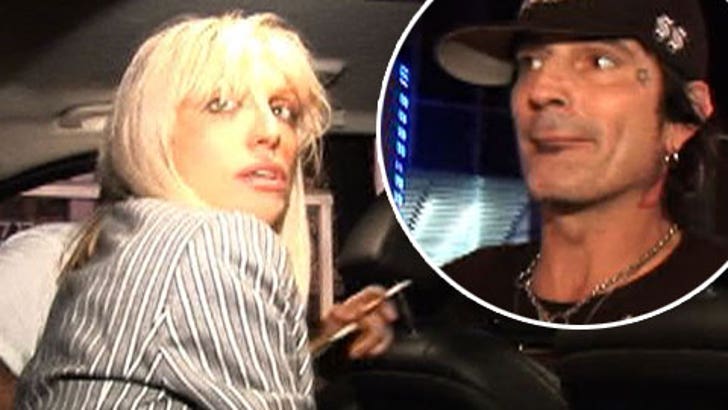 A tatted-up Tommy and "just a friend" Kimberly Stewart showed up for the show with brother Sean and Kim's buddy/manager David Weintraub, with TMZ's camera catching Lee and Stewart fleeing the venue just 20-30 minutes after arriving. Courtney showed up shortly after they left, though to the possibly impatient duo's credit, Miss Love was late.

The unfortunately transforming rocker (Courtney) -- who's starting to resemble a Carly Simon female impersonator -- then hit the stage, and despite her ragged appearance, put on a pretty decent show -- smoking a cigarette as she rocked out to her hits and music from her upcoming album, "Nobody's Daughter." 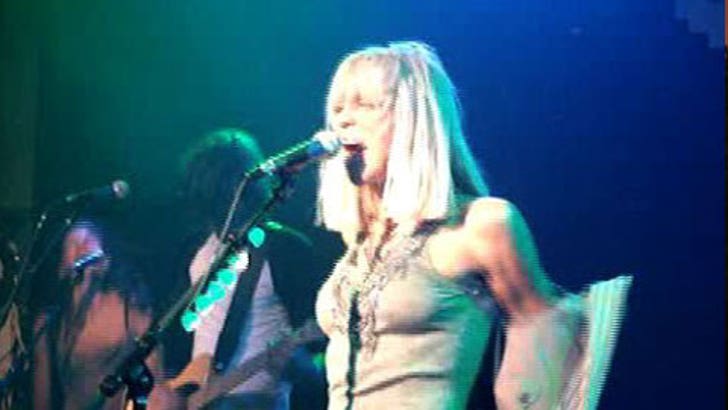