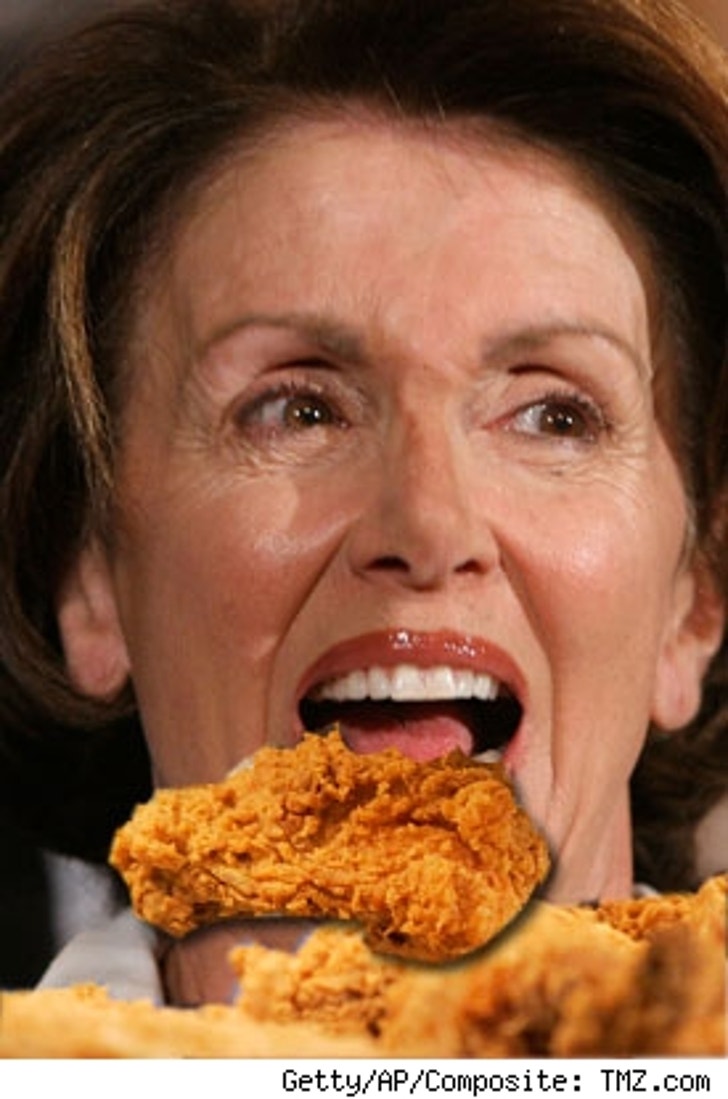 Speaker of the House Nancy Pelosi has hijacked a long-standing Capitol tradition -- Thursday Fried Chicken -- and some people are crying fowl!

A TMZ source says that Speaker Pelosi and her cohorts in the California Democrat delegation have moved the beloved fried chicken on the Capitol dining room menu to Wednesdays so they can have some bird in their weekly lunch meeting. What's more, we're told, they're having the bird shlepped to their own conference room during the midday rush, causing all sorts of havoc for the Dining Room staff, who are said to be "furious" about the hassle.

A Capitol dining room manager didn't know why, but confirmed that the switch went into effect in January, when Pelosi and Dem guys took over the House. A Pelosi spokesman just clucked at our account, saying that the change was just "a regular part of ... soliciting members' input, and [the day] just got moved around."