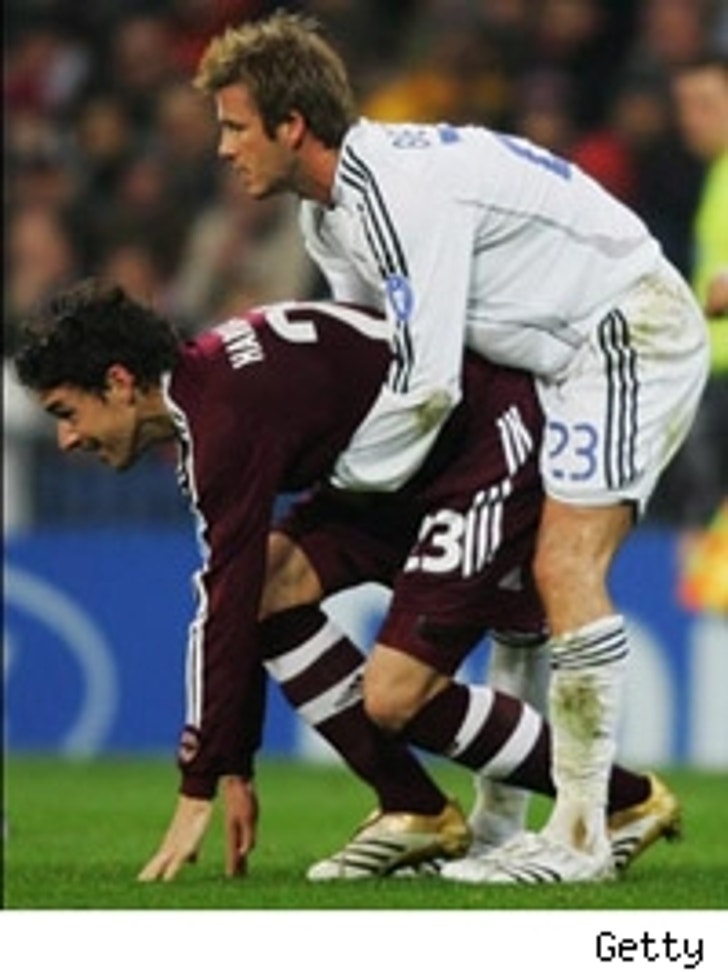 Brit soccer hottie David Beckham came, saw and ... got benched? Only a week after conquering American shores, Becks found out that a bum ankle will keep him from playing soccer today. Beckham's team, the L.A. Galaxy, go up against Chelsea FC, which features many of Becks' former England national teammates.

Instead of roughing it up on the field, Becks, along with wife-y Posh, will reportedly be enjoying a "welcome to L.A." party hosted by new neighbors and BFFs Tom and Katie Cruise and Will Smith and Jada Pinkett Smith.

In the meantime, Becks has been spotted out with Princess Posh, protecting her crotch from camera shots. Nice save!

Surfs Up (Lessons) for McConaughey 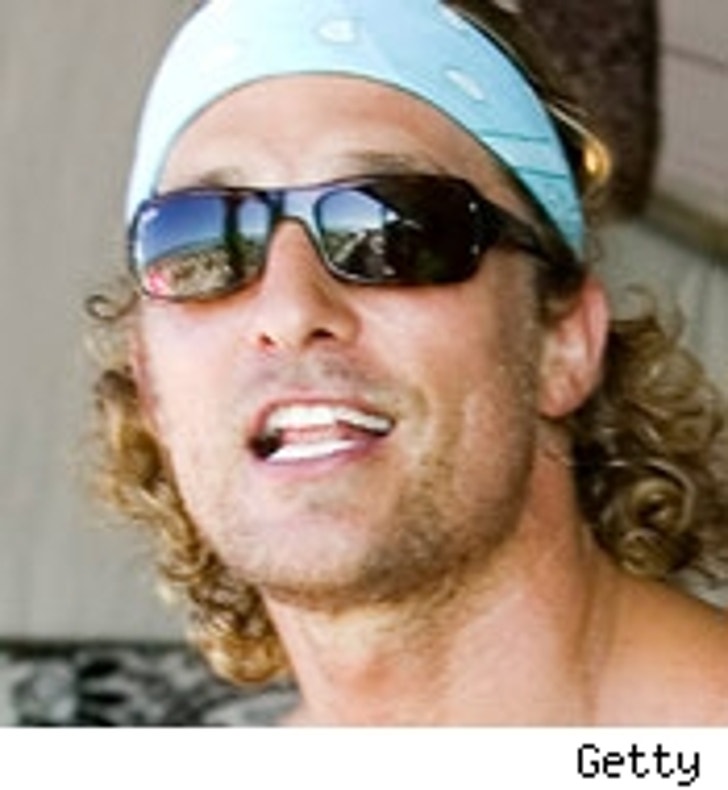 Bongo-playing mimbo Matthew McConaughey may look like a natural wave rider, but in order to be ready for his next movie, "Surfer Dude" (wonder what that's about?), McConaughey's been taking surfing lessons. Page Six reports that muscle-y McConaughey's been spotted in Malibu accompanied by a surf coach in a kayak and two friends. Hang ten, dude!

No Love for Wilmer 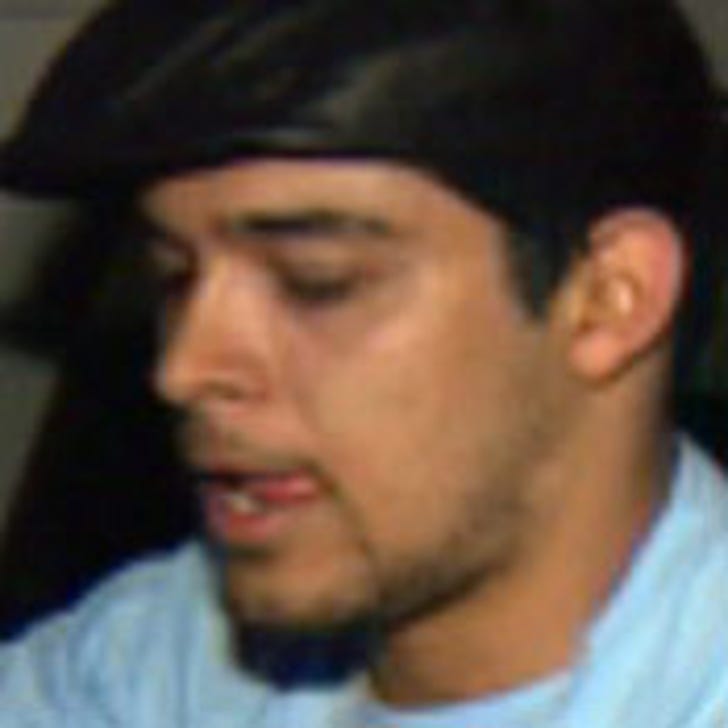 They were thick as thieves on TV and during the early days, but now it seems the castmates of "That '70s Show" just can't find the time for one another. Case in point: tonight wiley Wilmer Valderrama launches his fashion line Calavena in The Hamptons at Stereo. Will his castmates and formerly close friends Topher Grace and Danny Masterson be in attendance? Not so, reports the N.Y. Post. It looks like Grace's dance card is full -- he'll be in the Hamptons, but at the Estate, at another fashion show, and Masterson is booked for an appearance at Dune.

Party Favors...Jody Sweetin Has Own Full House...Soap Star Gets Own Star...

"Full House" star Jody Sweetin, who played Stephanie on the sitcom, got married last Saturday to longtime boyfriend Cody Herpin in Las Vegas at the Church of the West on the Vegas Strip. Sweetin, who once battled a methamphetamine addiction, was married once before. ... Soap actor Eric Braeden, who's played Victor Newman on "The Young and the Restless" for more than 25 years, received a star on the Hollywood Walk of Fame yesterday. Most surprising? Minnesota Gov. Jesse Ventura was in attendance. Apparently, he's a big fan!