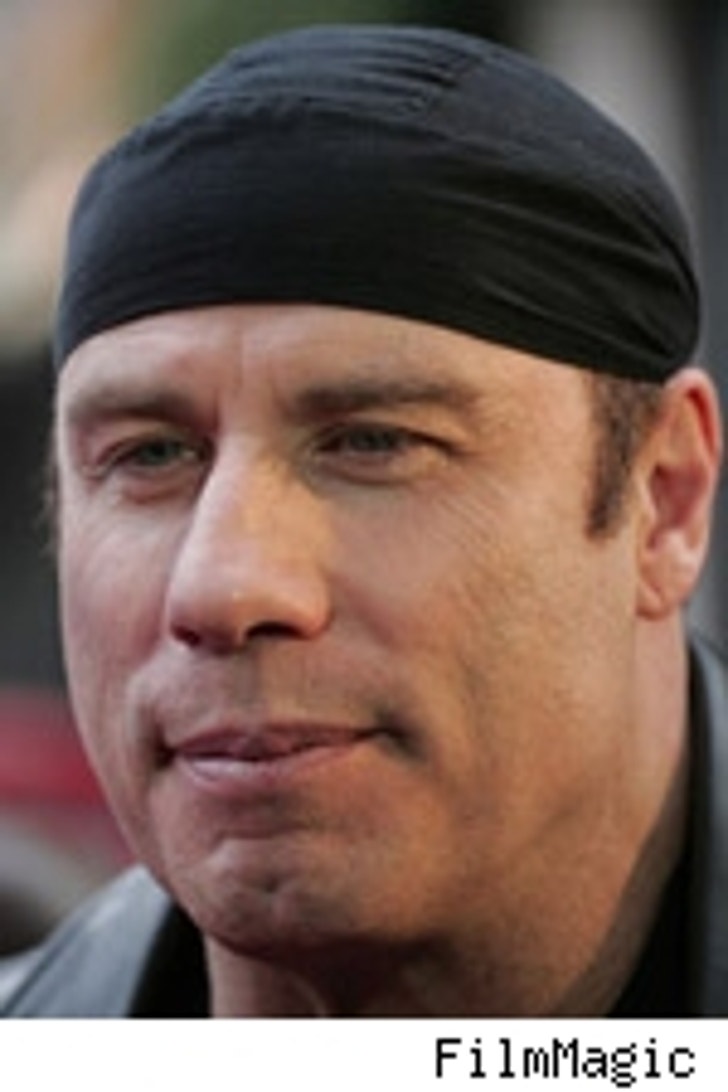 High-flying John Travolta is in an uproar over an airport near his $8 million home in Florida. Travolta contends he was lied to(!) by owners of the Greystone Airport near Ocala, Fla., because they didn't want him to land his Boeing 707 there.
In a lawsuit filed Wednesday, the new Mrs. Edna Turnblad claims that Greystone owners James and Christine Garemore falsely told Travolta that they couldn't accommodate his jumbo jet. It's so tough owning your own plane!

Travolta says he used to use the Greystone airport all the time, but in 2006, the Garemore's changed the airport's master record to indicate that large planes could no longer land there. The Garemores cite deteriorating runway conditions as a major reason for the change.

But Travolta isn't buying it.

Said Michael J. McDermott, Travolta's attorney, "It's spin in order to cover his butt because he knows that he is in big trouble for doing what he did, and we intend to establish that."