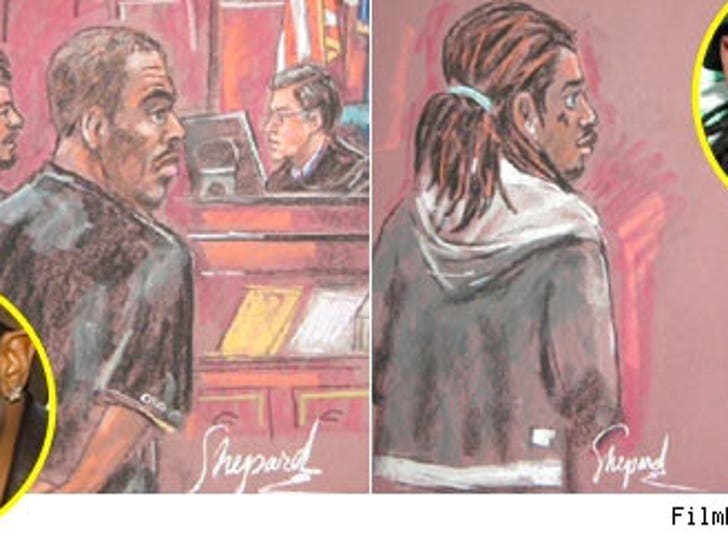 Two hip-hop heavies -- Ja Rule and Lil' Wayne -- were rapped last night in New York, both for possession of .40-caliber pistols, and just an hour and a few blocks apart from one another.

The NYPD tells TMZ that around 10:30 PM last night, Ja Rule's 2004 Maybach was stopped on Manhattan's Upper West Side for excessive speeding and expired tags. When cops investigated, they found a .40-caliber Taurus pistol inside the car. The scrap-happy rapper (real name: Jeffrey Atkins), his driver and a female companion were all arrested on charges of criminal possession of a weapon.

An hour later, just blocks away, Lil' Wayne, who had just played a show at the Beacon Theater, was "observed" by cops allegedly smoking pot in his tour bus. When police did a subsequent search of the bus, they again found a .40-caliber pistol, and arrested Wayne (aka Dwayne Carter) for criminal marijuana possession and criminal possession of a weapon.

At the time of posting, both rappers were awaiting arraignment in Manhattan Criminal Court.