Sure, David Spade had the Governator stop by his party, but David Beckham had the real award-winning guest list at his Welcome to L.A. bash last night. 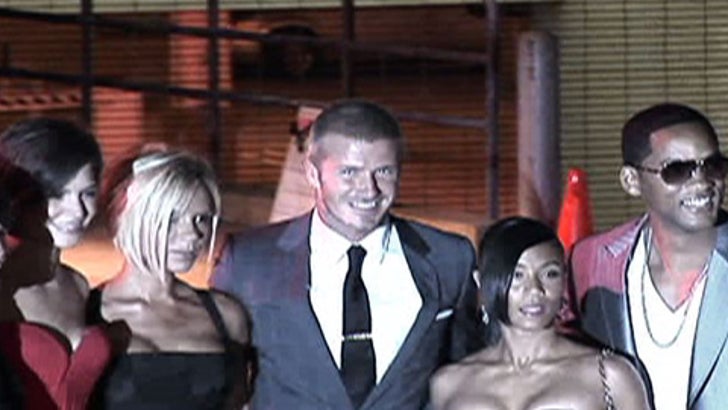 TMZ was there as Posh & Becks showed up arm-in-arm with TomKat and Will and Jada Smith at the Museum of Contemporary Arts on Sunday night -- with all the ladies sporting their very own interpretation of the Posh-bob. Cruise even flew in from Germany, where he's currently filming that Hitler movie, just to attend the party.