UPDATE: Corey Feldman's manager says Corey was already IN the club with his longtime buddy- and sometime bodyguard Drew- when he was approached and told the club didn't allow bodyguards inside. When Corey quipped that Drew wasn't "working" for him that night, the club didn't seem to care, again saying they didn't allow bodyguards. Corey told them that since they didn't want his guest to be there, he would be leaving too. See ya!

Wee '80s remnant Corey Feldman was turned away from Les Deux -- because we're told they wouldn't let his bodyguard inside! Yes, the prior statement is correct. Corey Feldman has a bodyguard. 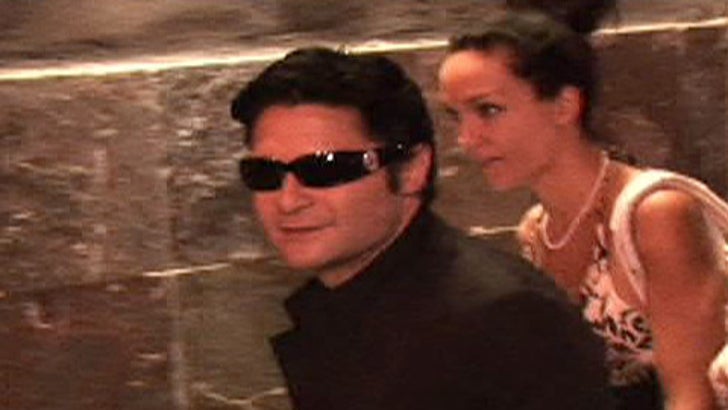 Our source says the bodyguard, who was clearly needed to fend off a mob of fan, was not permitted in the club. Corey has protection, perhaps from critics, since he's filming his new A&E show, "The Coreys," with that other '80s leftover, Corey Haim.

After being turned away, Corey made his way to Element, where he was not pursued -- by anyone, for anything.

A call to Corey's rep (yes, he's got one of those too!) was not immediately returned.