When you are as famous as David Beckham, you can get an escort whenever you want -- a police escort that is! Pull over! 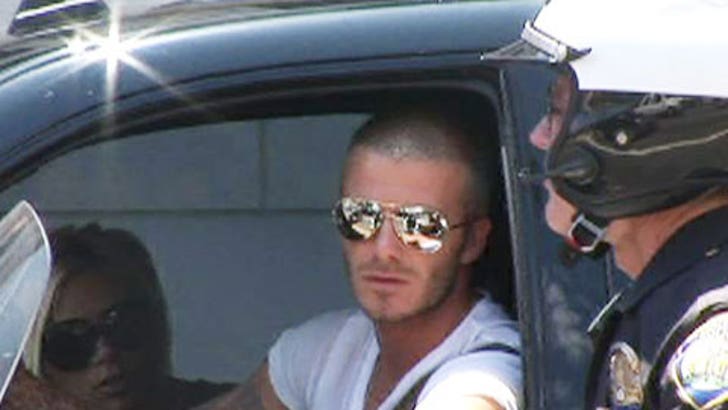 While it appeared that David and his footballer wife, Victoria, received special assistance from the po po after spending Tuesday afternoon at Barneys in Beverly Hills, actually, they just happened to be driving alongside the coppers when David rolled down his window to ask the officer a question. Pardon me, do you have any Grey Poupon?

With all the attention they have been getting in the States, you'd think Americans cared about soccer!