Rumored Hilary Duff boyfriend Frankie Delgado was spotted outside Koi last night -- but one of Duff's buddies told TMZ he was in a much less savory location. 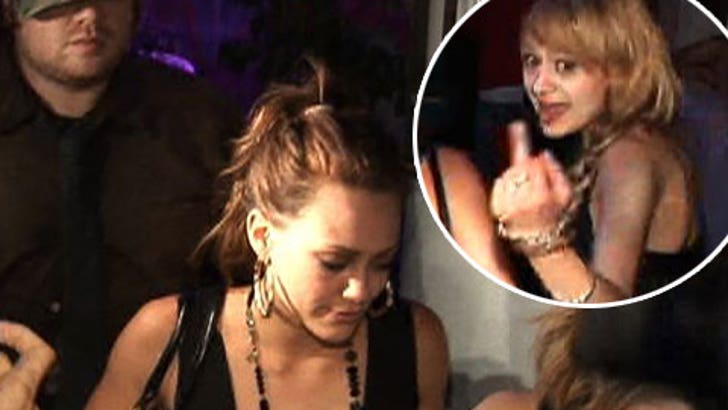 Cameras caught the Duffster heading into Joseph's last night, where she was immediately swarmed by crushing paps. As she pushed her way through the group, TMZ's photog asked where Frankie was. Hilary kept quiet, shooting the camera a dirty look as her eloquent friend yelled out "he's up my ass" while flipping off the photog. What would Lizzie Maguire say?!

Haylie was just as responsive when asked where her rumored boy, Brody Jenner, was, flashing a smile and laughing as she took off into the club.