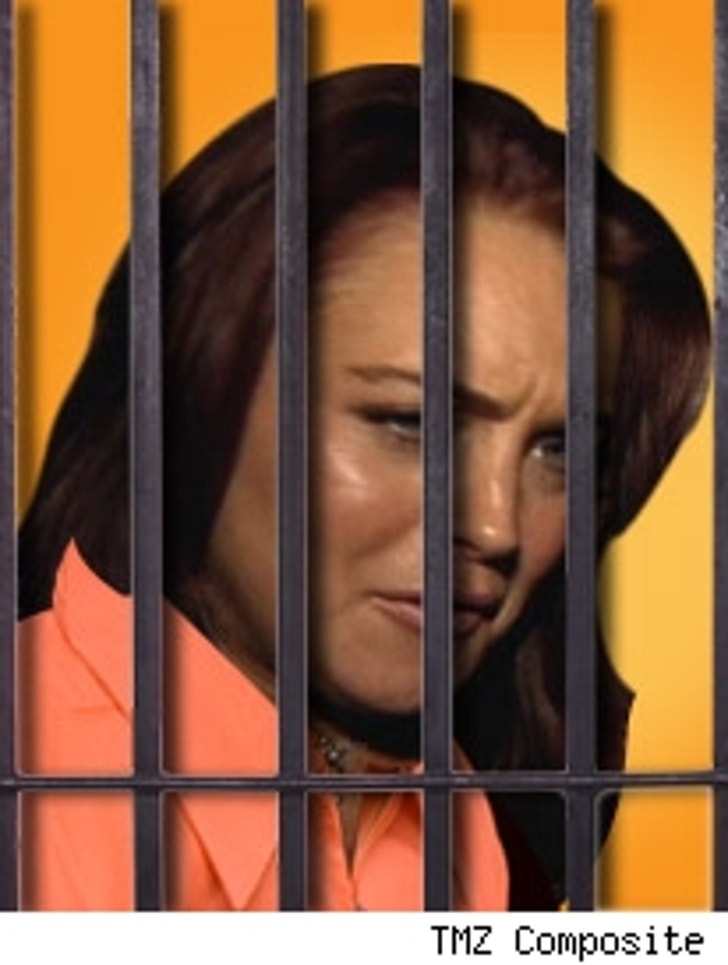 Lindsay Lohan might be adding a whole lotta striped jumpsuits to her wardrobe.

Already facing charges for driving under the influence and misdemeanor hit and run in Beverly Hills, Lindsay racked up even more charges last night in Santa Monica, and is now facing big-time jail time.

The maximum sentence she faced for the original DUI and hit and run charges was 6 months for each. Last night, Lindsay was charged with another DUI -- if convicted of both DUIs, she could face up to one year in jail. And the horror doesn't stop there! She was also charged with possession of cocaine, which is a felony and carries a maximum of three years in jail.

La Lohan is accused of driving on a suspended license as well, which carries a maximum of one year in jail. Her frenemy Paris Hilton was sentenced to 45 days for the same offense.

As far as the allegation of bringing cocaine into a correctional facility -- our sources tell us that this charge will most likely be dropped, because it is only enforced if someone transports drugs to an inmate in custody. La Lohan didn't willingly go to jail last night!

Judges don't take kindly to arrestees whose crimes occur so close together -- so it's quite possible that the proverbial book will be thrown at her. In a worst case scenario, Lilo could face SIX YEARS in jail!