Former "House Party" host and TV pioneer Art Linkletter had his own house party last night at Mr. Chow, celebrating his 95th birthday! He's also been married to wife Lois for 72 years. Give this guy a medal! 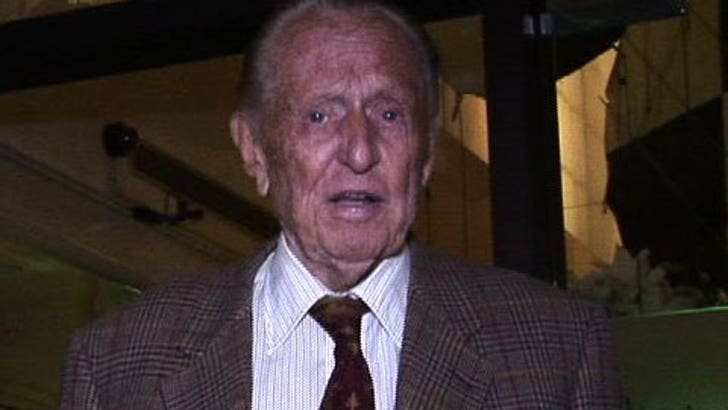 Our TMZ Star Kvetcher camera caught the nonagenarian in a snappy tie and tweed coat, and he was happily chatty, remembering when "Merv Griffin weighed 300 pounds in the '40s and was singing with Freddie Martin in San Francisco." Linkletter, along with Merv, is said to be one of the wealthiest men in entertainment, having invested in everything from oil and natural gas to hotels and even the Hula Hoop!

Linkletter was the host of the opening of Disneyland in Anaheim -- in 1955, and is 16 years older than Mickey Mouse! Art was born the year the Titanic sank ... during the Taft administration! And now he's on TMZ ... with Lindsay Lohan. Linkletter has been an anti-drug activist since losing his 20-year-old daughter Diane in 1969, in what was believed to have been a drug-induced suicide.