The usually icy-to-photogs Nicky Hilton enjoyed a rare late night photo session last night -- that is, until her ex-con big sis came and stole the spotlight. 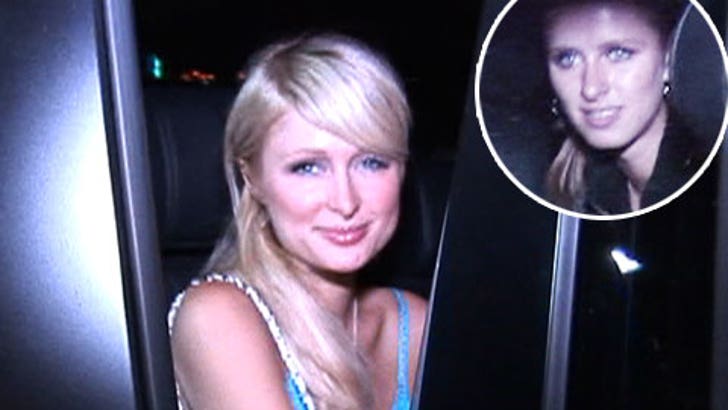 TMZ cameras caught Nicky posing for pictures in the backseat of her ride outside of Opera on Thursday -- smiling for cameras instead of ducking and running away as she usually does. Moments later, paparazzi turned from Nicky, almost in unison, as Paris came waltzing toward the vehicle.

The other Miss Hilton then took over, doing some signature poses for photogs as they snapped away -- far more vigorously than they had for her less infamous little sister. Perhaps Nicky oughta get herself arrested.