Or is it the other way around? The two were spotted leaving Joseph's in Hollywood last night and had to get thisclose to fight their way through the flashing lights. Don't Cha wish your friends were as cool as they are? Outside Les Deux, Matthew Perry was looking very un-friendly, while Paul Sorvino, who is slated to play Paris Hilton's father in the new movie "Repo the Genetic Opera" -- musta been doing some role research. 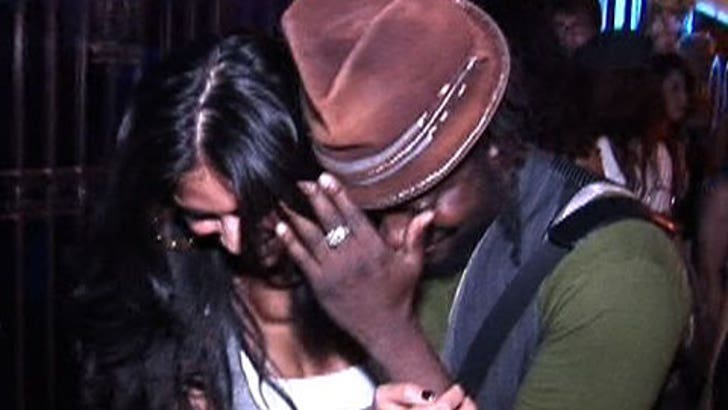 Nick Carter appeared to have seen a ghost as he exited Element, and Corey Feldman looked like he was wearing night vision shades as he left Mood, but had a friend help find his way out. Wacky chicken dancer Bai Ling proved she wasn't one to gossip about Lilo!

All this and less in today's genetically enhanced edition of Star Catcher!