Could Madonna be throwing her material weight behind Hillary Clinton's presidential run? 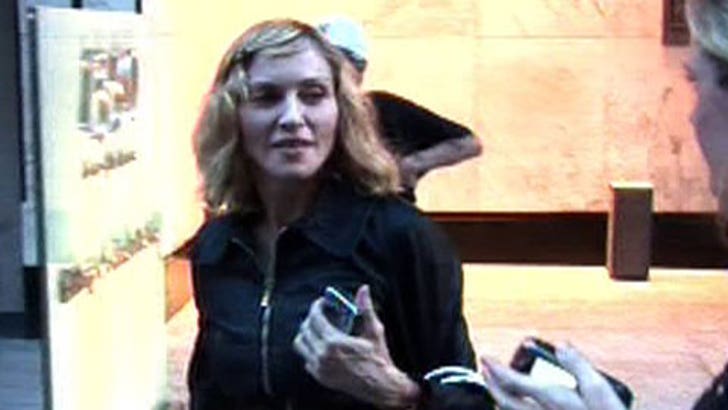 TMZ spies caught Her Madgesty spending almost two hours at the Harlem headquarters of President Bill Clinton's charitable foundation yesterday afternoon, but neither Madonna's nor Bill's camp would confirm Madge's presence. Madonna hasn't endorsed any of the 2008 hopefuls, but the Clinton Foundation has been the biggest single donor to Madonna's Raising Malawi effort -- and she and Bill have worked together on medical relief for the African nation.

Still, Madonna wasn't seen anywhere near the Lexington Avenue HQ of Hillary's campaign. She was, however, spotted by TMZ's cameras all over the city, from her morning workout on the Upper West Side, to checking out artist-director Julian Schnabel's new apartment building in the West Village, then up to Bill's in Harlem and ending up in Midtown at the offices of HarperCollins, which co-publishes her kiddie lit.

A truly Madge dash around Manhattan!