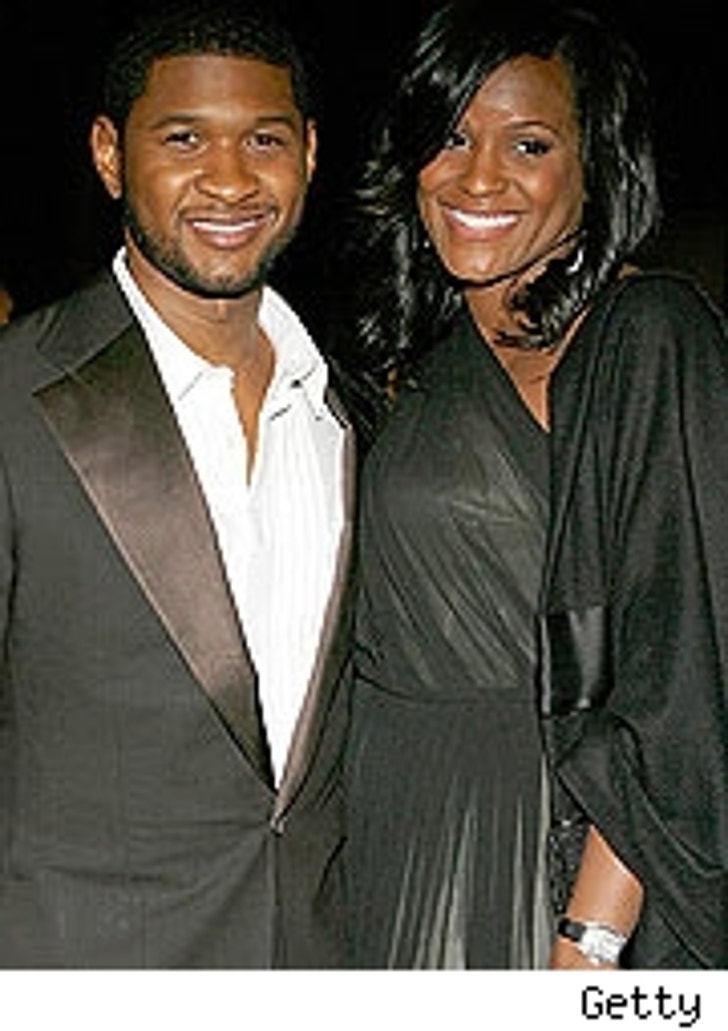 Usher and fiancee Tameka Foster have finally tied the knot, one week after canceling their extravagant wedding, People reports.

The couple, who are expecting their first child this winter, were reportedly married in the Atlanta office of the singer's lawyer. That's way different from the over-the-top affair they had originally planned. According to reports, Usher and his bride were to celebrate their union at the NY home of music tycoon LA Reid. Celeb chef Jean-Georges Vongerichten had been hired to whip up the wedding feast, and singer Robin Thicke (and others) were lined up to perform. The wedding was so extravagant -- the couple spent $10,000 on invitations alone.

As to what caused the nuptials to be canceled the first time, it's anybody's guess. Several outlets have reported that it was Usher's momager, Jonetta Patton, who disapproved of the 37-year-old Foster. Ms. Foster reportedly has a shady past, which Usher was unaware of until right before last week's planned wedding. It also could have been a self-described "pregnancy scare" that Foster endured last Saturday.

In any event, the two on-and-off lovebirds are on their way to wedded bliss. Beware the monster-in-law!