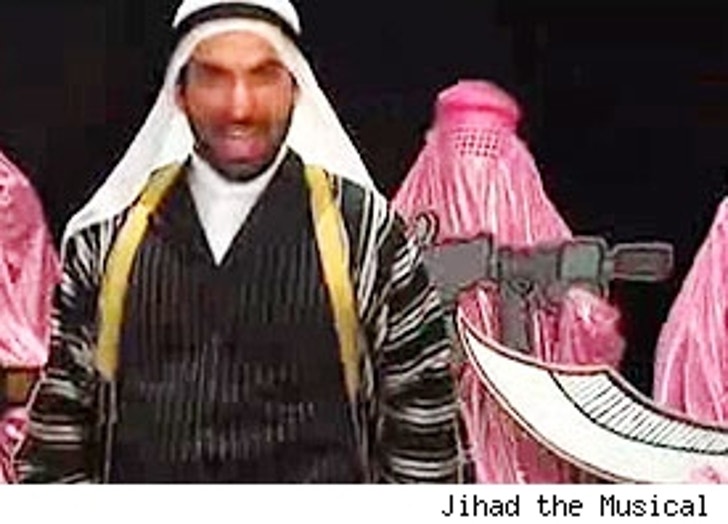 He's a killer terrorist, the most wanted fugitive in the world ... and the subject of a new musical extravaganza!? Get ready Broadway! Osama's headed for the Great White Way!

It's called "Jihad: The Musical" and it's already playing at the "Edinburgh Fringe Festival" -- because seriously, what's got more laughs than Islamic extremism? Some say it's in poor taste, but ... "You say Al Qaeda, I say Al Qaida."

And if lyrics like "I wanna be like Osama ... wear designer clothes beneath a robe ... I want to kill people round the globe," sound a bit familiar, there's a good reason why -- look no further than the play's swastastic inspiration, Mel Brooks' "The Producers." "Jihad" just hips it up with some camels, turbans, and a few bloody attacks on those wacky infidels.

If it's as unabashedly tasteless as "Springtime for Hitler," Jihad could be an explosive hit ... or a bomb!