Clean cut and quiet, Sean Stewart rolled up to L.A. County Criminal Court earlier today, where Rod's kid affirmed that he's fighting the brick-bashing charges against him "all the way." 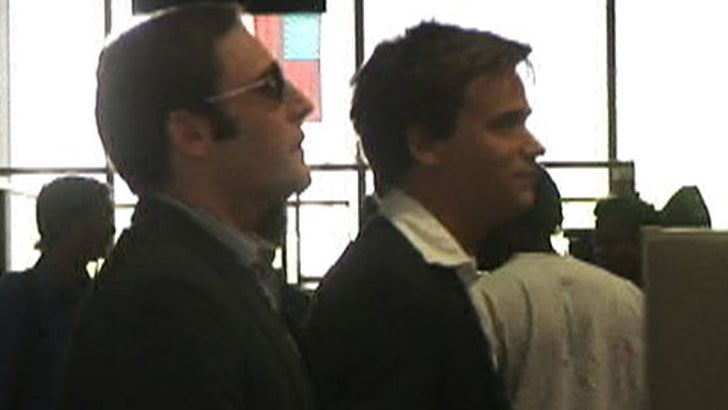 TMZ caught up with the "Sons of Hollywood" star outside of court, where he told cameras he felt "good" about today's events inside the courtroom. Stewart, accompanied by his manager David Weintraub, asked his reps how to answer the burning question, "Are you going to fight this all the way?" His rep quickly responded "Yes, absolutely." It's clear they're hoping that they don't throw the brick book at Sean.

A preliminary hearing was set for September 18. Stewart faces four felony charges, including assault with a deadly weapon and vandalism.