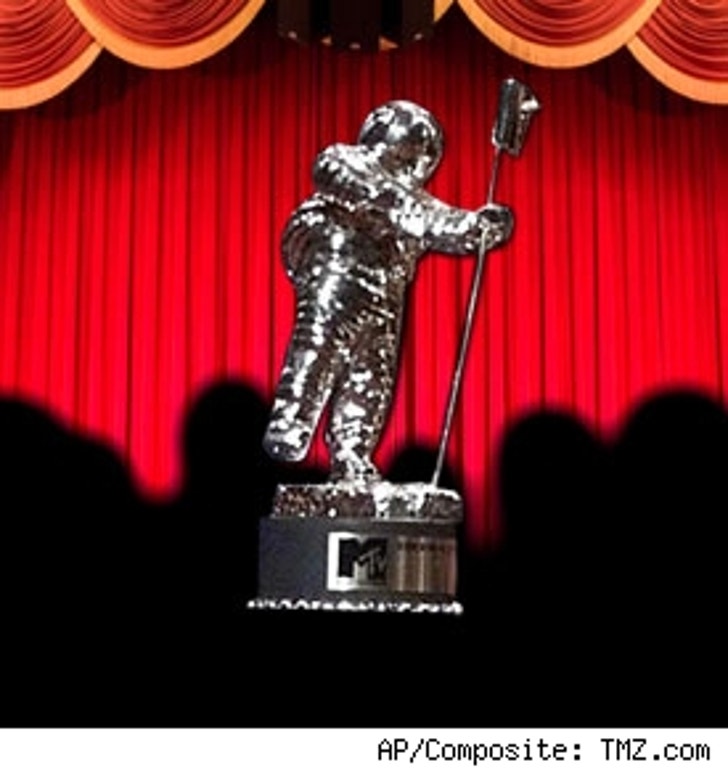 Ah, the Music Video Awards ... the one time each year when MTV actually bothers to play videos.

MTV just released its list of 2007 nominees, and there are few surprises. Proving that what goes around comes around, Justin Timberlake and bootylicious Beyonce lead the VMA pack with seven nominations each. Also up for multiple nominations: Kanye West, Rihanna and rehabbing whiner, Amy Winehouse.

U2 and Green Day were nominated for Best Collaboration for "The Saints Are Coming," to benefit Hurricane Katrina victims. And Linkin Park -- remember them? -- picked up three nominations for Best Group, Director and Editing.

Biggest shocker? A Best Video nod for French electro duo Justice -- does the TRL tween set even know who the hell they are? Parlez vous Francais?