Perhaps looking to make a few post-"Dancing with the Stars" bucks, Joey Fatone has taken up a new profession -- paparazzo! 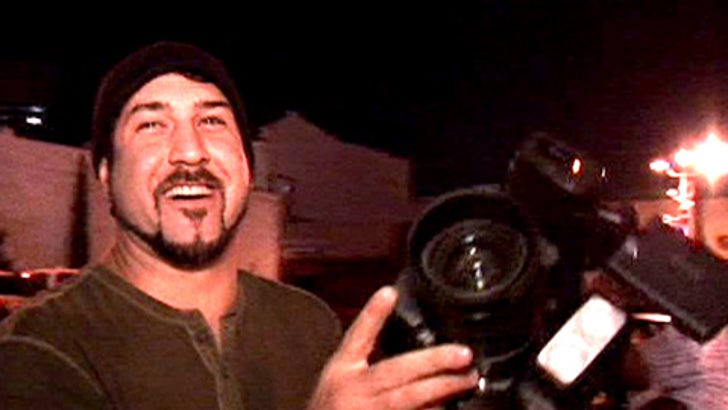 After a night at Les Deux for Meagan Good's birthday party, Fatone got a little aggravated by a snapping pap. Instead of just saying bye bye bye and walking off, Fatone grabbed the photog's camera, turned the lens on him and asked, "What is it like to annoy people?" As if he didn't already know!

After being told the photog allegedly makes six-figures doing his job, Fatone began to rip on his clothes, saying they weren't pimpin' enough to be on a guy worth that much. Without realizing it at the time, due to Fatone's lovely camera work, he probably helped make the photog a bit more money on an otherwise lackluster evening.