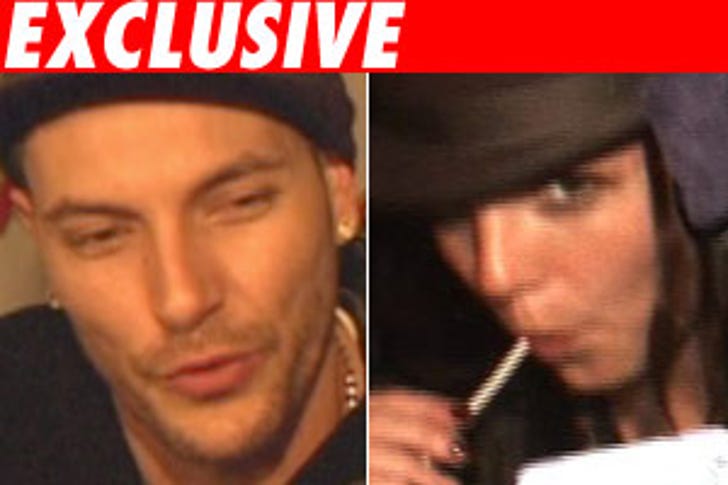 Britney and K-Fed currently share custody 50/50. Sources say for the last two weeks, K-Fed has been threatening to go back to court and ask for more custody. In the new legal papers, filed by attorney Mark Vincent Kaplan, Federline has pulled the trigger and declared war. We don't know how much more custody Kevin wants, because the papers are under seal.

We're told Federline made his move because he's unhappy with Brit's behavior.