A high-powered celebrity lawyer representing a doctor accused of being a sexual predator went after "Dateline NBC" yesterday in a California courtroom. 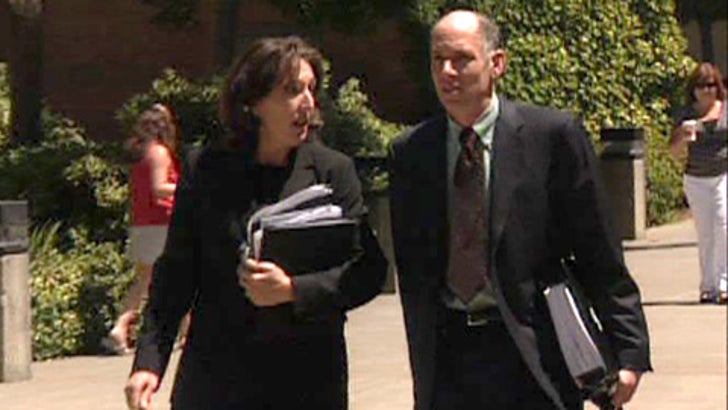 Blair Berk, whose clients include Lindsay Lohan, Mel Gibson and Halle Berry, is currently representing Dr. Maurice Wolin, a prominent oncologist. The doctor was taken down by cops last year as "Dateline" cameras rolled. Prosecutors say Dr. Wolin made plans to have a sexual encounter with someone on the Internet who he thought was a 13-year-old girl. In fact, the person who was IMing Dr. Wolin was self-proclaimed "evil vigilante" Xavier Von Erck, founder of Perverted Justice.

In yesterday's preliminary hearing in Santa Rosa California, Berk grilled a cop whose department worked with Perverted Justice and "Dateline." Berk maintained that Perverted Justice got money for snagging alleged predators and therefore entrapped her client to make a buck. She claimed Perverted Justice illegally recorded conversations with her client and also said the chat logs could not be authenticated. The logs have not been admitted into evidence.

The cop who testified yesterday called the chat logs "extensive" and "extremely incriminating." In one exchange, the doctor allegedly asked to come over to her house, but added, "But you're under 18 and I'm over. We would have to be soo careful."

NBC rented the house that was used for the doctor's alleged sexual liaison.

Xavier Von Erck will testify when the prelim resumes next month. The judge will then decide whether to admit the critical logs into evidence and then determine if Dr. Wolin will stand trial.