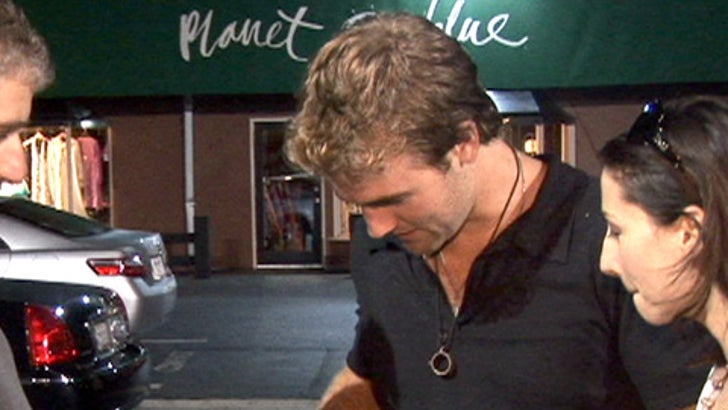 Van Der Beek, forever "Dawson," was at Nobu with his actress/wife Heather McComb, showing off his trendy red kabbalah bracelet as he signed a few photos. The former "Creek"-er has been laying low since his days on the WB ended in '03, most recently shooting an American version of the trashy/fantastic BBC show, "Footballers Wive$," which didn't get picked up by a network this year.

His former co-star, Katie Holmes, just returned from a tour of Germany with her first husband and Scientolotot Suri.