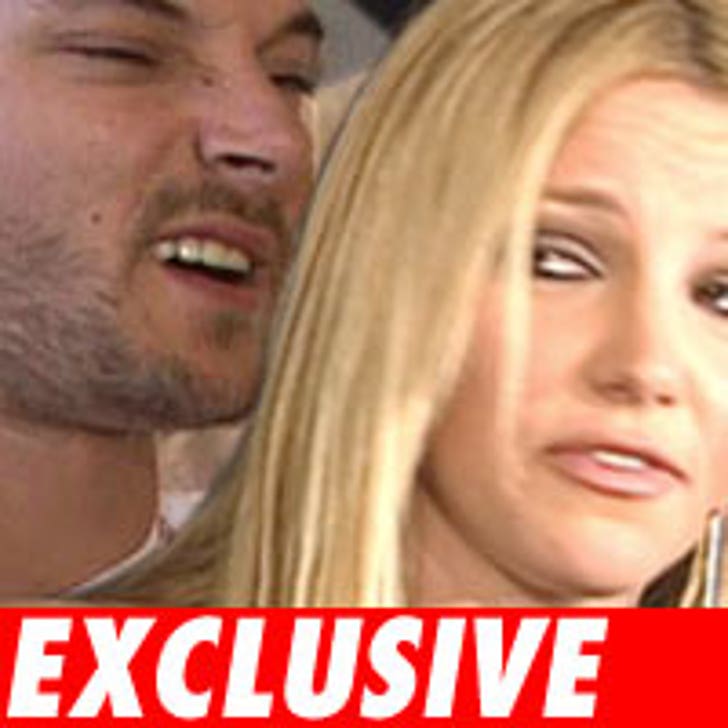 Sources connected with the custody battle between Britney Spears and Kevin Federline tell TMZ $$$$ may really be at the heart of the tussle over the kids.

As we first reported, K-Fed is going back to court asking for more custody of the kids. Federline just agreed to a 50/50 split. Then, he turned around almost immediately and filed papers asking for 70/30. So why such a sudden change of heart?

It's puzzling that Kevin is suddenly alarmed, given that he's had absolutely no contact with Spears for almost three months. In fact, we're told she's begging him to communicate because of parenting issues but he won't play ball.

That brings us to the paperwork Federline filed. Sources say there are declarations from Kevin, both of his lawyers, Kevin's nanny and a nanny who interviewed with Britney in October, 2006, before the couple separated. In the papers, Federline's lawyer also included various magazine articles about Britney. Legal experts say good luck getting that into evidence.

Alli Sims, Britney's cousin, was served over the weekend. Kevin's lawyer wants to take her deposition. Now here's what's telling. Federline's lawyer also wants to take Britney's depo, but a source connected with Alli says the deposition notice Britney received is all financial -- in other words, the references are all about money, not the kids.

So does K-Fed want more custody just so he can get more cash? A Federline source says it's all about the kids and not money. Federline wants Britney under oath talking about whether she drinks and how she parents the kids.

Oh, and by the way: Kev's lawyer, Mark Vincent Kaplan, is asking that Britney pay his legal fees for the hearing and preparation -- and that they're in the six figures.