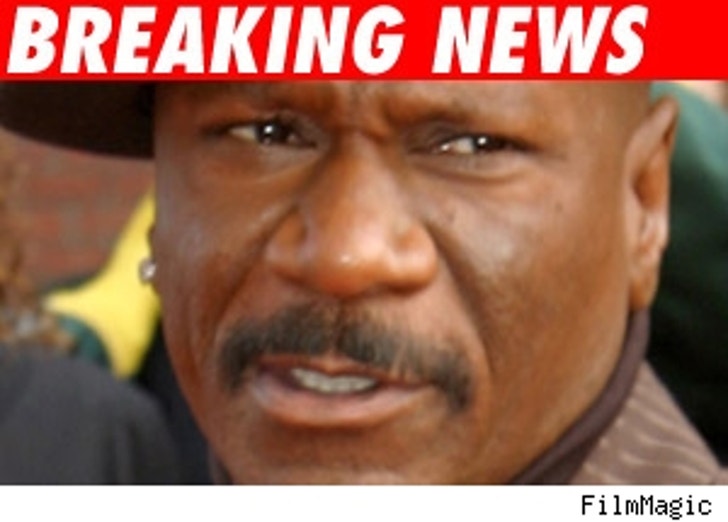 The bizarre dog attack that killed a caretaker at actor Ving Rhames home just got weirder. The LA County Coroner tells TMZ that it was most likely something else, and not the dogs, that killed Jacob Adams. Ving, for his part, isn't waiting for the final report. He's already made up his mind as to what happened.

According to the Coroner, the abrasions and lacerations on Adams' body caused by the dogs were "most likely not fatal." Huh? Then just HOW did the guy die? We're told we won't know that until toxicology test results come out. Initial reports indicated Adams may have suffered a heart attack, but that has yet to be confirmed by the Coroner.

Ving, for his part, issued the following statement yesterday:

I was out of the country when this shocking and terrible tragedy occurred on my property. Jacob Adams was not just a devoted employee -- he was also a dear friend. I want to offer my heartfelt condolences to his family. I am relieved to know that the coroner's report confirmed that my dogs were not the cause of his death -- and that any wounds found on his body were superficial. I would appreciate the media's privacy for me and my family during this difficult time.