Shannon Funk -- a one-time assistant to Britney Spears -- was welcomed at the Long Beach airport last night by a wall of paparazzi ... and a subpoena! 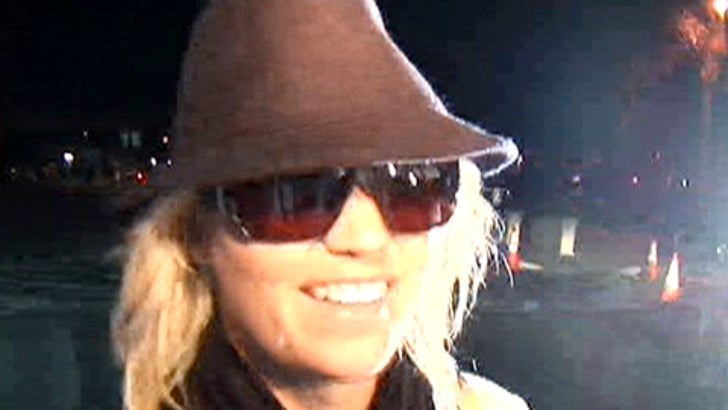 TMZ cameras were outside the baggage claim after Funk was served with papers from Kevin Federline's attorney, Mark Vincent Kaplan -- adding the former Team Britney member to a growing list of people being used against Spears in the nasty custody battle. Brit's cousin/assistant Alli was served early Sunday morning and the singer's bodyguard/"manny" got his subpoena the following day.

Although she was a bit POed at her unwelcoming arrival, Funk did manage to crack a smile as the paps grilled her about her former boss, keeping her lips tighter than Britney's weave as she made her way out. Funk-y!