With a nasty custody battle looming, Britney Spears sent a sharp message to K-Fed last night by pulling the mommy trifecta outside a trendy LA restaurant -- she fed the kids, strapped them into car seats, and took them to the bathroom -- all without incident! 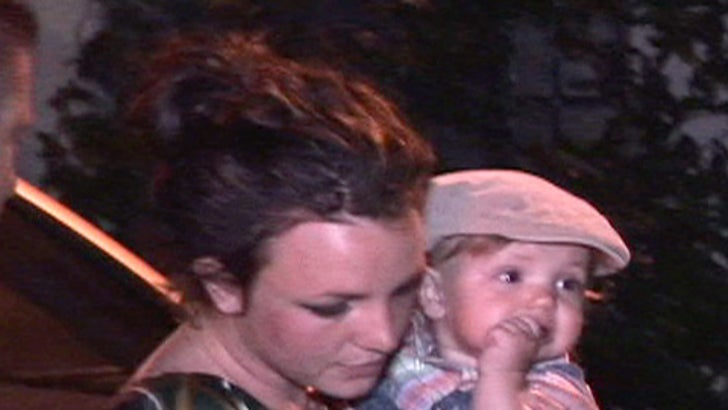 Facing a wave of flashbulbs outside Cravings restaurant, Brit first took her tots to the ladies' room for all to see, but chastised the paps for shooting as they entered the loo. After the bathroom break, Brit then emerged from the eatery with Jayden James and Sean Preston, carefully putting le bebe into a car seat for the world -- via the paps -- to see. An assistant carried the other baby Federline to the car and strapped him in his seat as well, while an approving mama Spears looked on.

By 10:00pm Britney had the kids loaded into her Mercedes and took off for places unknown -- Winston's maybe?