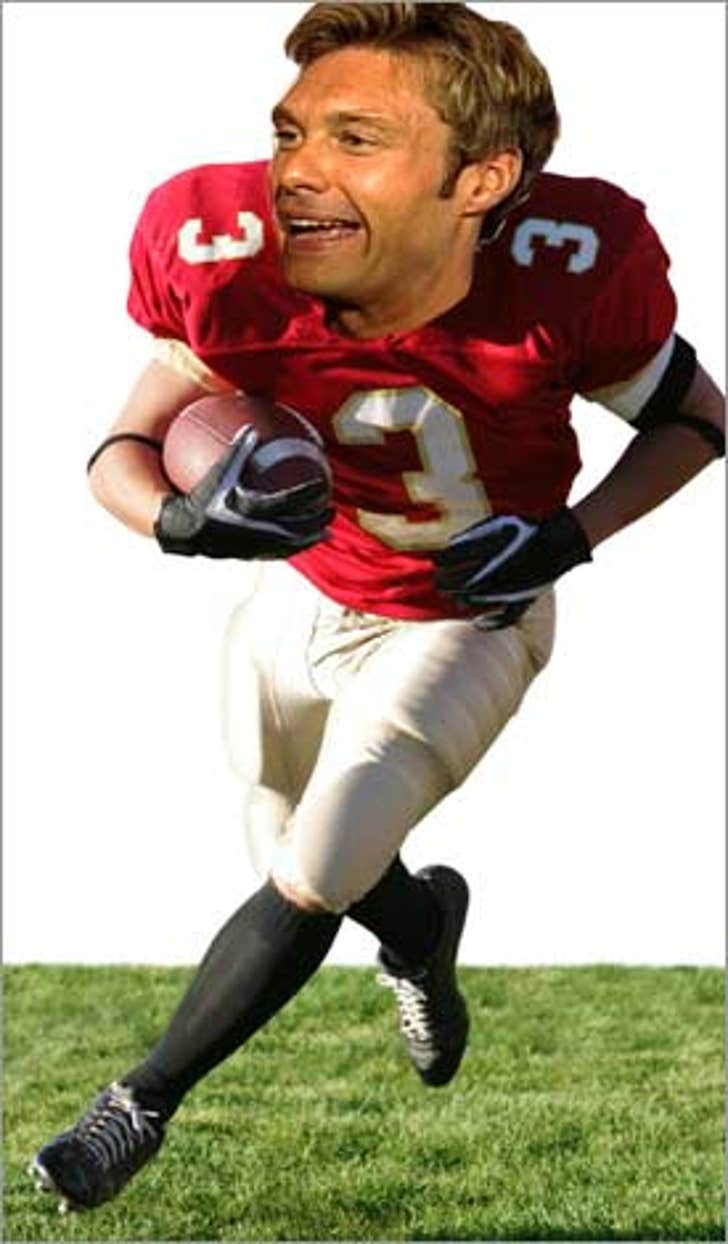 The NFL and Ryan Seacrest go together like Katie Holmes and Tom Cruise.

Nonetheless, word on the street is, the "Idol" ringmaster will handle pre-game and halftime hosting duties of the Super Bowl on Fox next February. Because nothing says manly man like a guy with frosted highlights. Seacrest out!

No halftime act has been named yet, but Clay Aiken would fit the bill nicely, no?

UPDATE: To be filed in the Who Knew? category, Ryan actually played high school football for the Dunwoody High School Wildcats in Atlanta. Ryan, as a strong safety, took his team all the way to the AAAA State Championship. Tackled by Seacrest-- good times!