Sporting a blazing red wig and filthy little mouth, a half pint-sized Lindsay Lohan wannabe was givin' it to Firecrotch in Malibu yesterday ... miniature poodle-style! 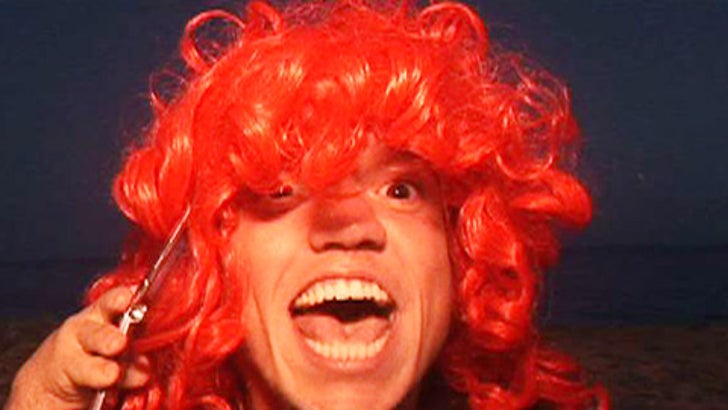 The parody-producing little person spit some Lohanized lyrics about the scarlet starlet outside of the Polaroid Beach House. Dude gets a little hotheaded at the end though -- must have been the hair.

UPDATE: After taking tons of heat for the Lohan stunt, Jeff Beacher, purveyor of little people entertainment, has issued the following statement in an attempt to set the record straight: "Jeff Beacher's Madhouse had nothing to do with the little person tirade on Lindsay. Just because the little guy is wearing a limited edition Beacher's madhouse t-shirt, that doesnt mean we had him do this. We at the Madhouse love Lindsay and wish her an amazing recovery." *cough* bulls**t *cough*