The West Hollywood Mayor Pro Tem says his city has launched an investigation, after TMZ posted a story about a parking enforcement officer who allegedly offered to excuse a ticket in return for naked pictures. 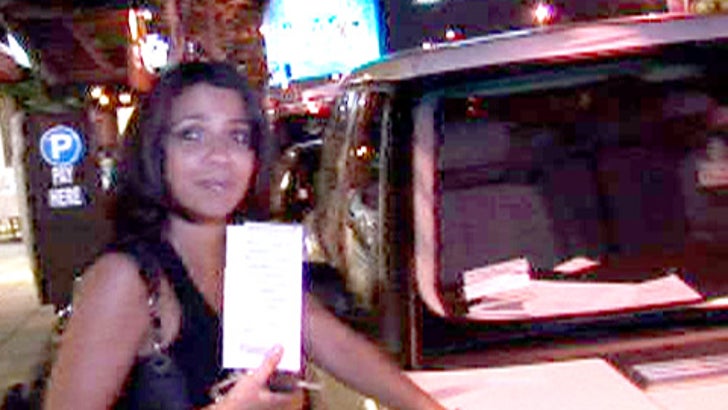 FHM model Vida Guerra -- famous for her bootylicious backside -- claims she was out Friday night with for dinner with friends. When they returned to her car, they saw a parking enforcement officer writing a ticket. Vida said she was shocked at a remark allegedly made by the officer's partner, L. Salgado. Vida says, "I can't believe the guy said he wouldn't give it to me if he got a naked picture of me."

Vida didn't hear the comment, but claims it was directed at one of her friends. Our TMZ cameraman says he heard Salgado say, "Well you gotta get the ticket." But then our cameraman said Salgado curiously added, "Well what are you going to give me, some naked pictures or something?"

Mayor Pro Tem Jeffrey Prang told us the City "is taking these allegations seriously." He added, "We will have more information once we conclude the investigation. We have the highest expectation of our City workers and contractors and we hold our employees to high standards."