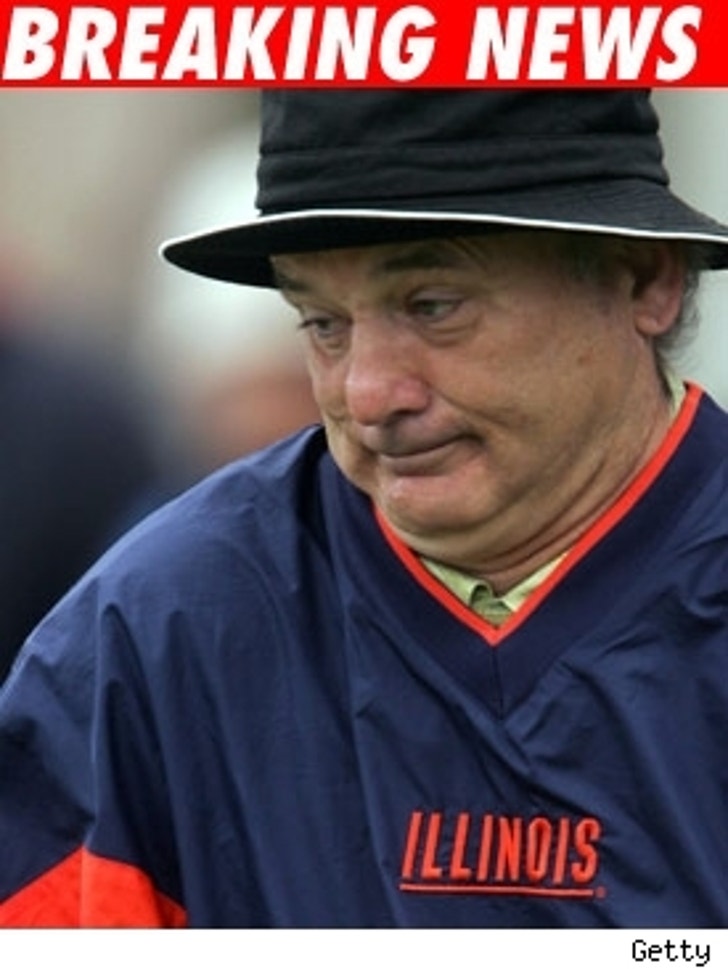 Swedish cops say they stopped the 56-year-old Murray in the slow-moving vehicle and noticed the smell of alcohol on his breath. "He refused to blow in the (breath test) instrument, citing American legislation," the police told the AP. "So we applied the old method -- a blood test. It will take 14 days before the results are in." In the meantime, enjoy the lutefisk!

Murray, who had been at a golf tournament in Sweden, signed a document admitting that he was driving under the influence, and agreed to let a police officer plead guilty for him if the case goes to court (Yes judge, right away judge!).

Hmm ... we thought that in Sweden you weren't legally drunk until your eyes rolled to the back of your head. Who knew?

A rep for Murray did not immediately return a call for comment.