A very purple haired Joss Stone was at the Ivy yesterday, showing off a couple of new fashion accessories -- a pair of forearm crutches! 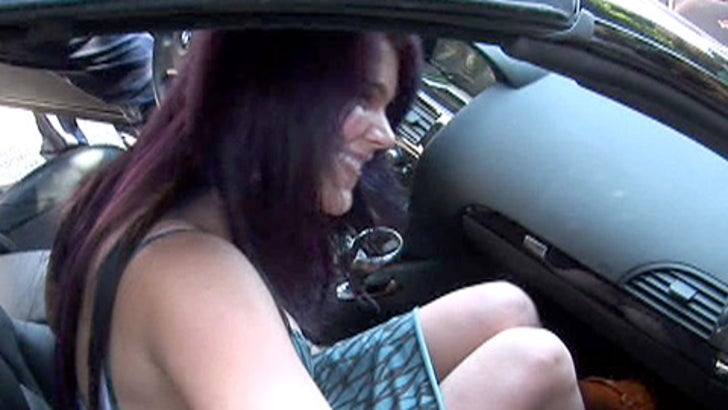 TMZ was outside the paparazzi packed eatery as Stone attempted to get to her car, slowly hobbling down the front steps as fans and photogs closed in on her. Despite the shaky walking sticks, Joss was in a surprisingly good mood, smiling, posing for photos and signing autographs she made it to her car.

The crutches don't appear to be affecting her touring schedule either -- none of Stone's upcoming concert dates have been called off -- and she's scheduled for The Greek in L.A. next week.