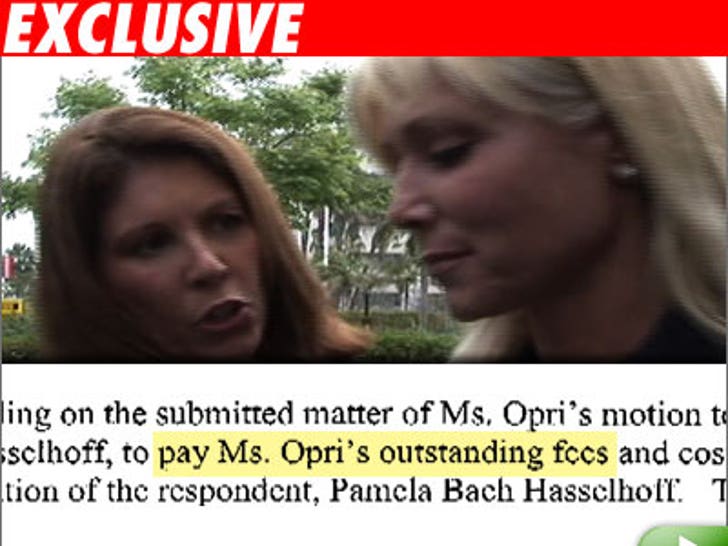 Attorney Debra Opri just got shut down in her latest attempt to catch a fee. 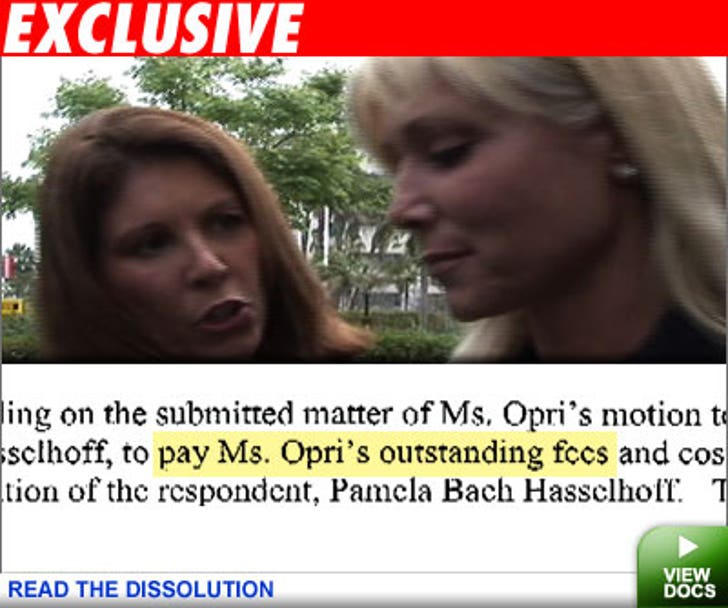 Opri repped Pamela Bach, The Hoff's ex, for a few months in the ongoing divorce saga. Opri's bill -- $189,000! Opri was fired on June 18. She then filed a motion asking the court to order The Hoff to pay her attorney's fees.

Today, the judge signed an order rejecting Opri's motion, ruling that Pam never gave her permission to go after The Hoff for the fees. Of course, you ask, why wouldn't Pam want David to foot the bill? -- she'd be off the hook.