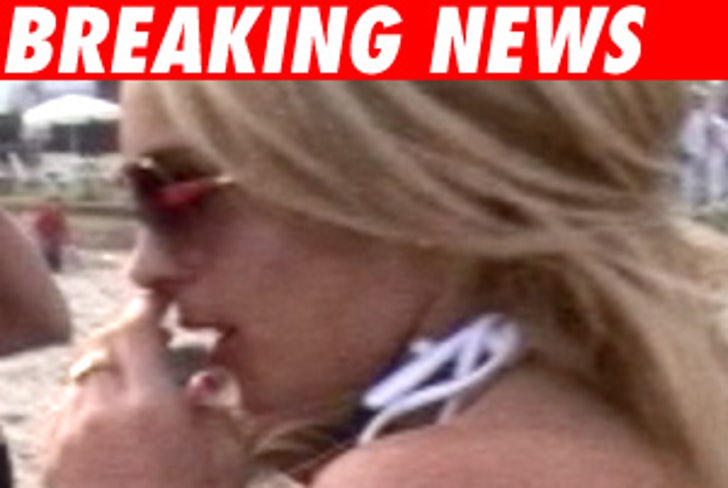 Lindsay Lohan will not stand trial for DUI -- but she'll do a teeny tiny amount of jail time.

She just struck a deal by pleading no contest to two counts of DUI (driving with a .08 blood alcohol level or higher). By law, Lohan becomes a second offender (with two DUIs) and must serve a minimum of four days in jail. But the judge cut that in half by ordering her to perform 10 days of community service in lieu of two of the days. He also gave Lindsay one day credit for time served when she was busted. That means she gets a grand total of one day in jail.

Lohan also pleaded guilty to two counts of being under the influence of a controlled substance (two separate incidents) -- both misdemeanors. She also pleaded no contest to reckless driving.

The judge said Lohan will serve 36 months probation and attend an alcohol education program for 18 months.

Lohan was also ordered "not to associate with people with controlled substances."