After spending the last few days touring Canada without his baby mama, Joel Madden returned to L.A. to spend some time with Nicole before heading back to our neighbors to the north. TMZ spotted the popping Nic and her Good Charlotte fiancé heading into Joel's Glendale home yesterday afternoon. Richie will be getting some down time with her man until he joins Justin Timberlake in Winnipeg on Saturday. 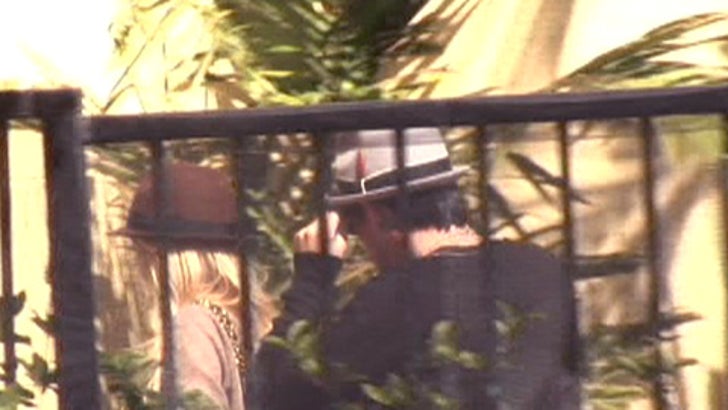 Brody Jenner was spotted at Les Deux, Kate Bosworth and her extremely pretty boyfriend James Rousseau at Il Sole. On the town was sexy tat queen Kat Von D, Mike Tyson at Mr. Chow, a clad-in-plaid Vince Vaughn at Opera -- and Cedric the Entertainer was looking rather daper at Boulevard 3 for the Mosci boutique fashion show.

Over in NY, Ashton Kutcher was Mr. Serious while Cameron Diaz was all smiles as cameras caught them in SoHo yesterday, where they were filming "What Happens in Vegas." Also out: Tommy Lee and Nickelback's Chad Kroeger, who were, go figure, surrounded by a bevy of blondes. After a a bit of what appeared to be intense deliberation, the posse headed to -- where else -- Marquee.

All this and more in today's where's-your-baby-daddy edition of Star Catcher.