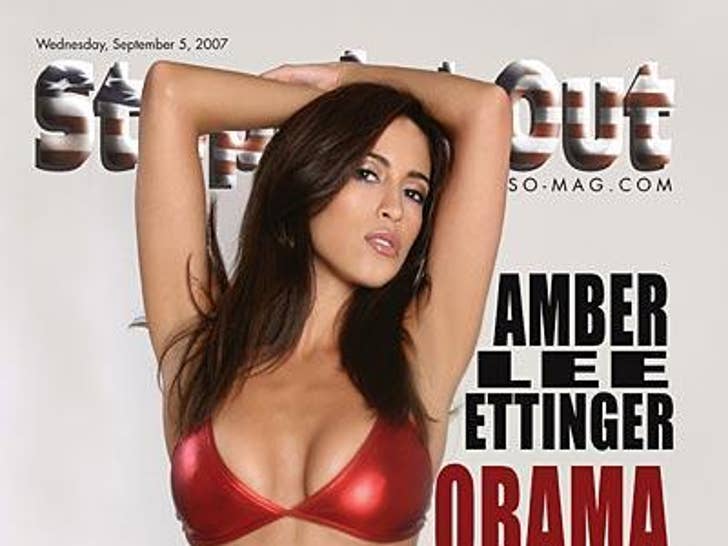 YouTube sensation Obama Girl has made the cover of Steppin' Out magazine, with Chaunce Hayden scoring an interview with the fickle pseudo-political hottie -- whose real name is Amber Lee Ettinger. Amber revealed to Chaunce that she's most likely voting for Hillary now! Not Obama's girl anymore! 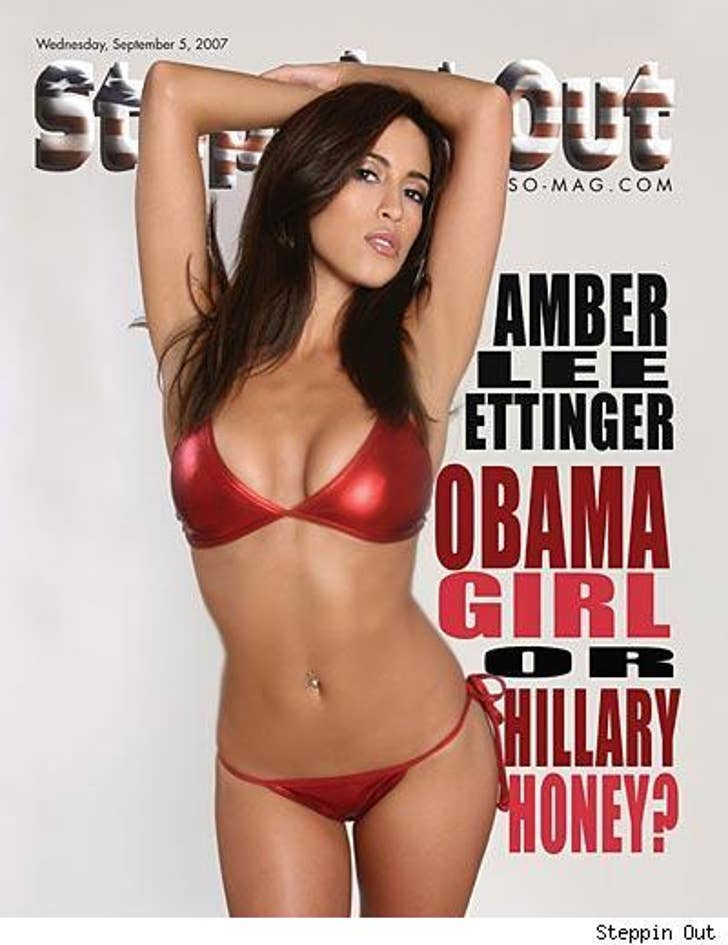 Sen. Obama himself lamented that he wishes she hadn't made that video, because his 6-year-old daughter was asking about it. The video has been watched over 3 million times.

Amber talked about a bunch of other things, but really, who cares? Just enjoy the view!