Leave it to Mike Tyson to have one of the zaniest fans TMZ's ever seen! This hot boiled mess makes Mike look normal! 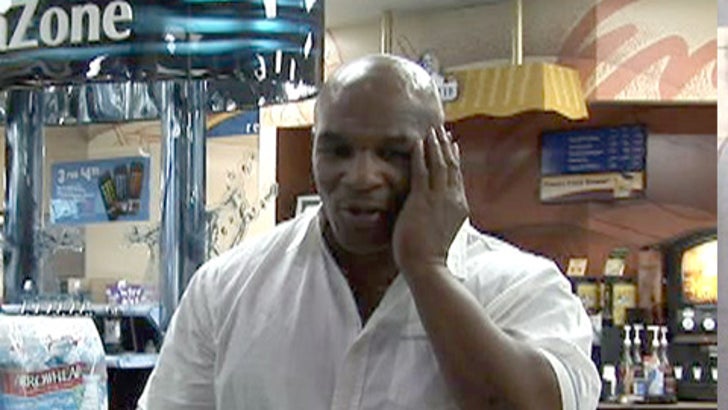 The ear-eatin' boxer was spotted leaving a Chevron last night, when he was confronted by a wildly purple-ponytailed Iron Mike fanatic, who kept yelling his name over and over as she tried to talk to him, saying, "You fine thing! You whoopin' that ass though." Tyson handed over his iPhone to the lady so she could tell his girlfriend how "fine" he is -- because ain't nothin' a girl likes to hear more than another woman hittin' on her man!

Clearly, Mike's girlfriend has nothing to worry about.