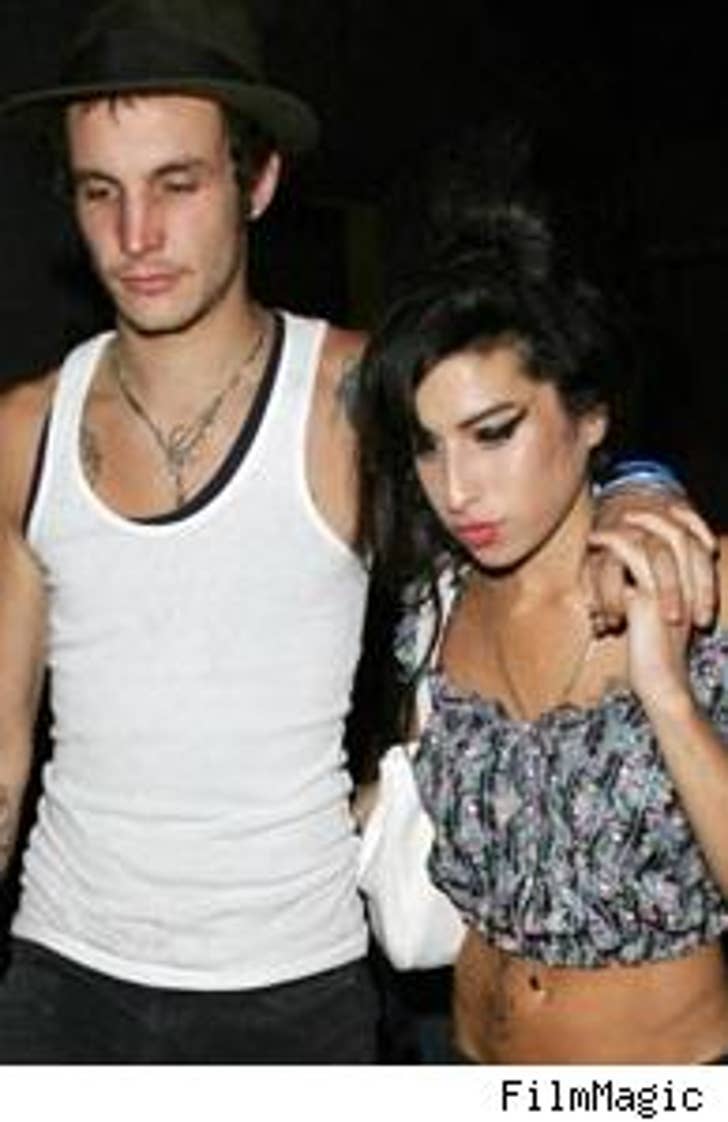 Amy Winehouse got into a bizarre, bloody fight with her husband after he found her "cutting" herself -- and just 24 hours later claimed that the man she'd just "lost it" on had saved her life.

Here's how it went down, according to the Daily Mail: the "Rehab" songstress, who had left rehab -- again -- after just a few days and was holed up in the Sanderson Hotel in London, was spotted by photogs walking around London early Thursday morning with cuts and blood on her face, legs and feet. Her husband, Blake Fielder-Civil, had cuts all over his face as well.

In a series of text messages posted on Perez Hilton, however, Amy explained that she was "cutting herself" in her hotel room and "after he found me ... rightly said I wasn't good enough for him. I lost it and he saved my life." Early this morning, at 4:00 AM London time, the couple was seen cleaned up and strolling arm-in-arm in the street.

TMZ contacted Scotland Yard, who told us that no charges would be filed in connection with the incident.

Actress Kirsten Dunst's New York hotel room was burgled two weeks ago -- and the thieves made off with a $13,000 handbag, $2,500 in cash and other loot during their snatching spree.

Cops, according to the New York Post, have nabbed Jarrod Beinerman, a plumber, who was being held on $50,000 bond as of this morning, on burglary and grand larceny charges. They're also searching for his alleged accomplice, whom they've identified. The thieves allegedly slipped into Dunst's suite at the SoHo Grand after she'd left to shoot scenes for her film, "How to Lose Friends and Alienate People." 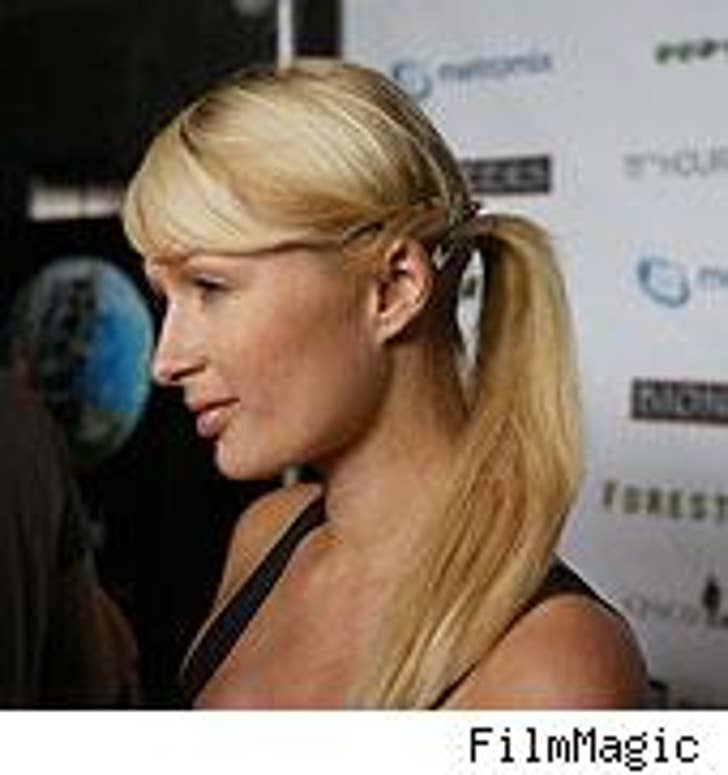 While Nicole Richie played jailbird for 82 minutes yesterday, Paris Hilton went and got her pal Nic some baby gifts at a chic Hollywood boutique, reports People. Hilton, not knowing the gender of the baby, went for both pink and blue outfits, including a T-shirt that reads, "Don't Ya Wish Your Mommy Was Hot Like Mine" on the shirt, along with matching pants reading, "Don't Ya."

Despite the fact that her pal got about 0.7% of the jail time that Paris did, even though Nicole had one more DUI, Paris seemed happy enough. "She was in the best mood," says People's source. "She couldn't wait to get to the baby department and look for things for Nicole's baby. She said she was very happy for her."

Watch out, Trump. Rosie O'Donnell will be hitting the mic at the New York Comedy Festival as the opening act, and she'll be benefiting her charity Rosie's Broadway Kids at the same time. ... That much-hyped and much-derided Fox series "Anchorwoman" got the ax after just one airing Wednesday night. The show starred a former WWE Diva Lauren Jones trying to make it as an anchor in the TV news biz in Texas. ... "American Idol" runner-up and beatbox specialist Blake Lewis has been signed to his post-"Idol" record deal with 19 Recordings and Arista, and he'll be working with producers like J.R. Rotem and Sean Kingston.