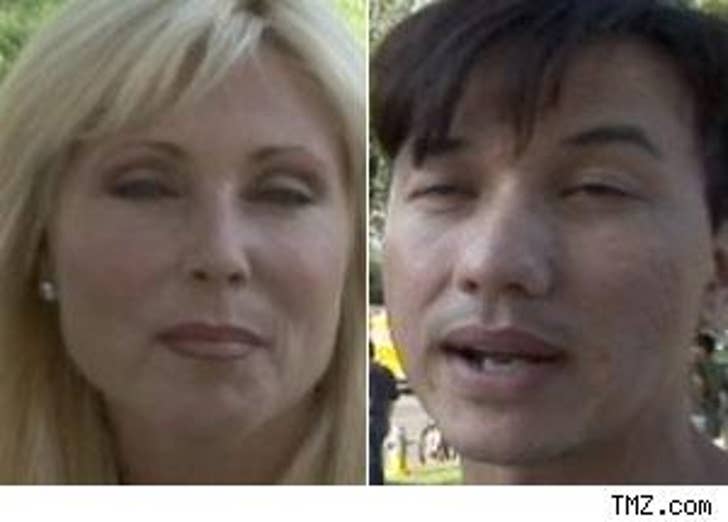 David Hasselhoff's ex, Pamela, is apparently getting her own reality show -- at least that's what Bobby Trendy says. Trendy tells a TMZ staffer that he and Pam have been talking, and she (Pam) wants her (Bobby) to be a part of her new reality show. Now there'd be a show worth watching!

The alleged show, which Trendy said would be titled, "Life After David Hasselhoff," has yet to be announced. If that's the title, then it seems Pamela isn't exactly eager to cut all ties to the Hoff. Perhaps they can get Wendy's to sponsor!