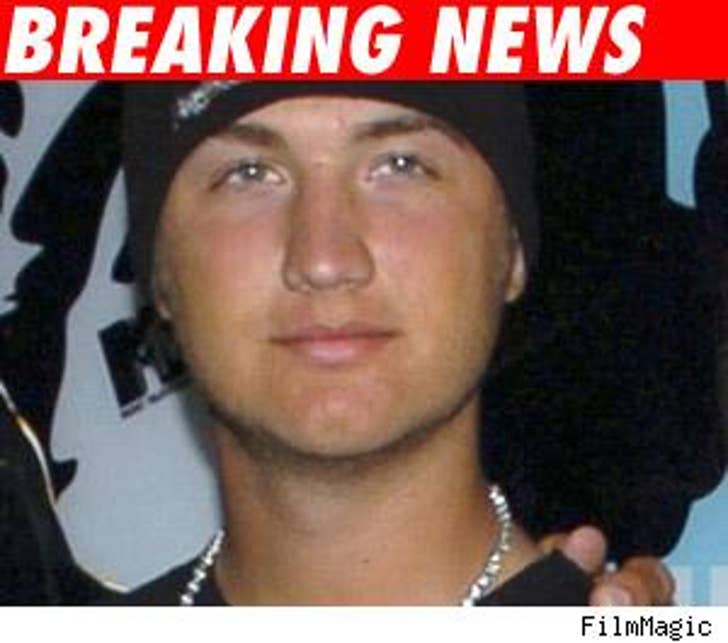 UPDATE: Nick Hogan is reportedly in serious condition, but the passenger in the car sustained more severe injuries. He is listed in critical condition.

Law enforcement tells TMZ the accident occurred around 7:31 PM ET. According to police, a Toyota Supra, driven by Nick Bollea (Hogan's real name), was traveling at a very high rate of speed when it lost control and hit a raised median. The car was flipped around and the back end hit a palm tree. The impact, we're told, "destroyed the entire car." The two male occupants were flown by Medivac helicopter from the accident scene to a hospital in St. Petersburg. We're told both men had "very very serious" injuries.

The accident happened on Court Street, a main drag in downtown Clearwater, causing the entire street to be shut down for hours.

No 911 call was made to police. The accident was called in by an officer who rolled up right after the crash happened.

Hulk Jr. Lays the Smackdown ... On a Wall