Taking into account the last twelve months, anyone could have seen Nick Hogan's high speed car crash coming -- from a mile away! *beep, beep* Get out the way! 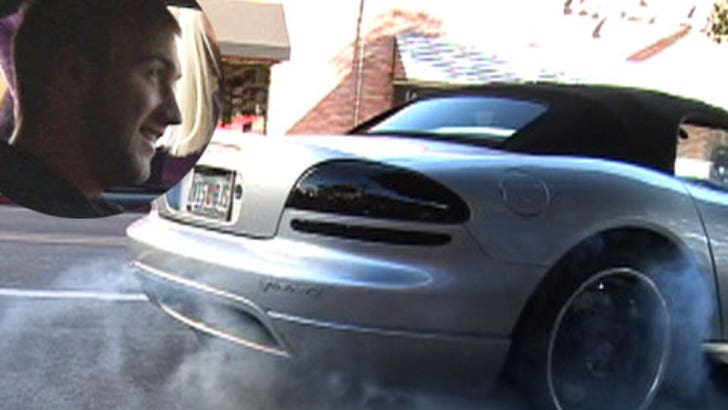 Since September 2006 17-year-old Nicky has been busted three times for unlawful speeding, and gotten four points on his license! Nick has been caught doing 115 mph in 70 mile zone, 57 in a 30, and 106 in a 70! Quite a record for someone who only got their license last year!

TMZ caught darling Nicky last December outside the Ivy restaurant, peeling out of a spot in his brand new Viper -- as his proud mama Linda looked on. If Nick keeps it up, he could grow up to be the next Lindsay Lohan!