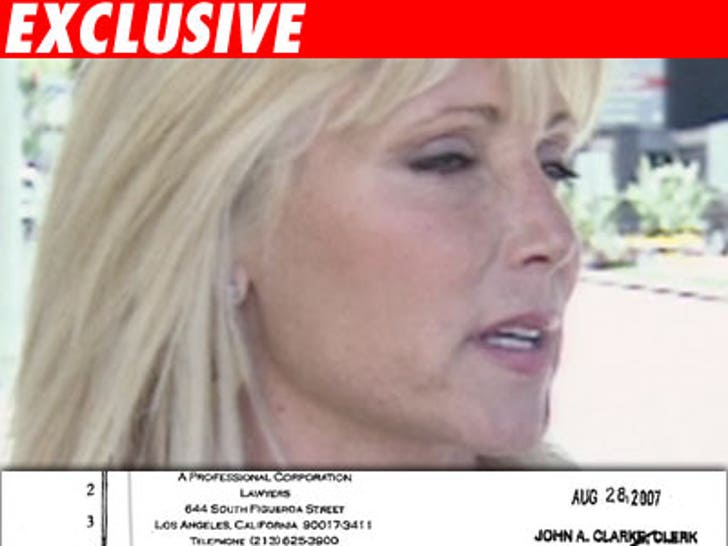 In what has to be one of the longest court filings we've seen in a while, Pamela Bach has apparently asked attorney Mark Geragos (yes, that Geragos) to plead with a judge to not make her turn herself in and appear for a hit and run trial ... scheduled for tomorrow! 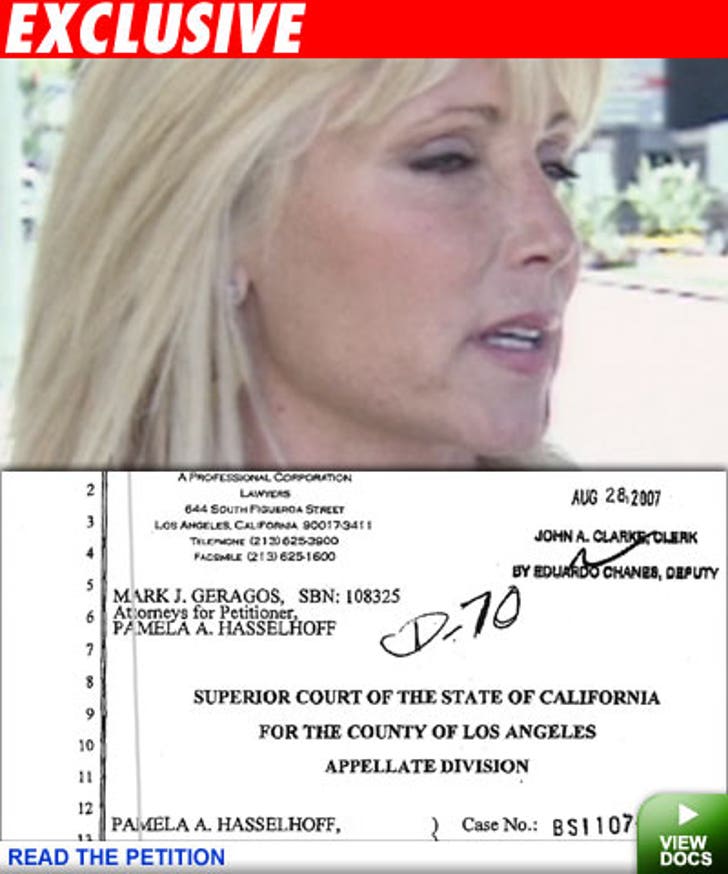 In the 51-page filing, Bach claims (among other things) that she shouldn't have to be officially booked on misdemeanor hit and run charges because of a judge's error. This case has been dragging on since January, when Nicole Valdez claimed Pam hit her car and fled the scene without leaving a note. A bystander witnessed the minor fender bender, and identified Bach as the culprit. Valdez called police and the City Attorney filed hit and run charges against Pam. Recently, Nicole told TMZ Bach has harassed her incessantly, even going so far as to show up at her house -- with a camera crew in tow.

Now Bach is making a federal case out of a minor hit and run. The damages came to a grand total of $1,377.

Wonder what Geragos' legal bill will be?