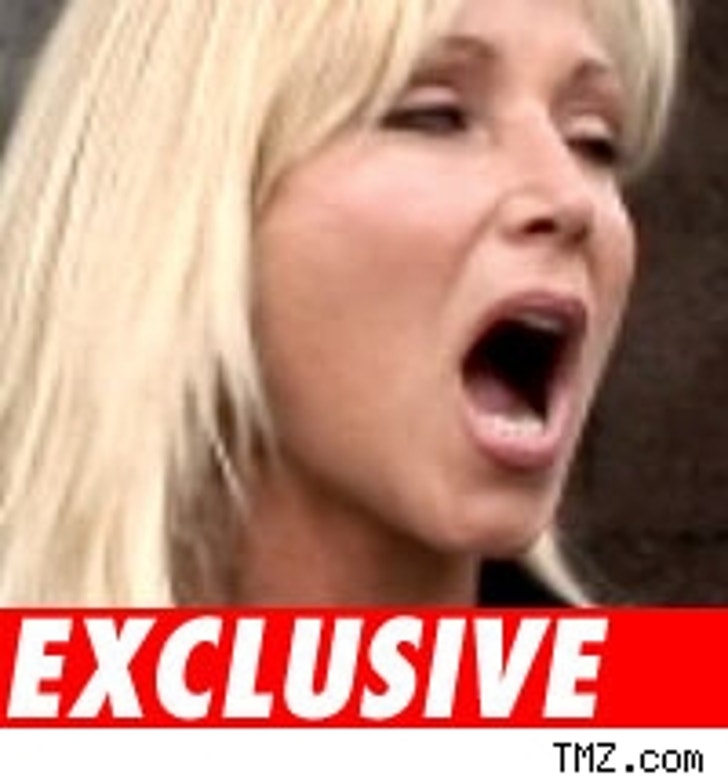 The woman who claims that David Hasselhoff's ex-wife crashed into her car and sped off says Pamela Bach tried to "intimidate" her with an uninvited house call after she pressed charges in January.

In an exclusive conversation with TMZ, 26-year-old Nicole Valdez says that Bach unexpectedly showed up at her home a few weeks ago with a two-man camera crew that Valdez claims Bach hired herself, and demanded to strike a settlement deal on tape. Valdez said, "Pamela kept yelling through the crack of the door, 'Come out sweetie! I just want to settle this!'" Valdez says she refused to come out and asked the group to leave her property. Furthermore, Valdez claims Bach sent two P.I.s to her home to snoop around.

"Why is she harassing me when I am the victim?" Valdez told TMZ, "She hit my car. If she really wanted to make it right, she should have put a card on my windshield back in January."

Friday morning, a Los Angeles County Superior Court judge ordered Bach to surrender to authorities within a week so she could be properly booked on one misdemeanor charge -- meaning fingerprints and mugshots.

Bach claims that she would have taken care of everything had she received an estimate for the damage. Valdez maintains that she turned in a $1,377 estimate to the L.A. City Attorney back in February. "I want her to pay for the damage to my car and I want an apology from her, because she came to my house and disrespected me. Also, an apology for the private investigators from before."

A call to Bach's attorney was not returned.