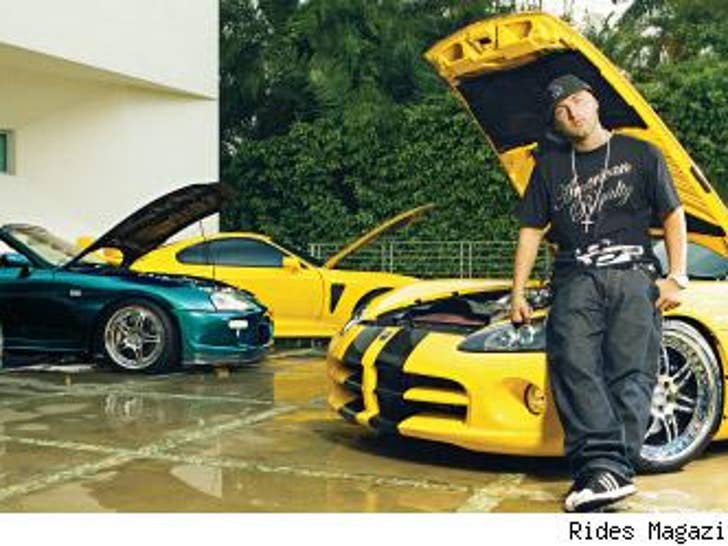 Nick Hogan boasted to a magazine not long ago about how girls' panties "start dropping off" at the mere sight of his yellow Supra -- that is, of course, until it ended up in a hideous heap of metal after he totaled it last weekend, leaving his friend John Graziano in very serious condition. 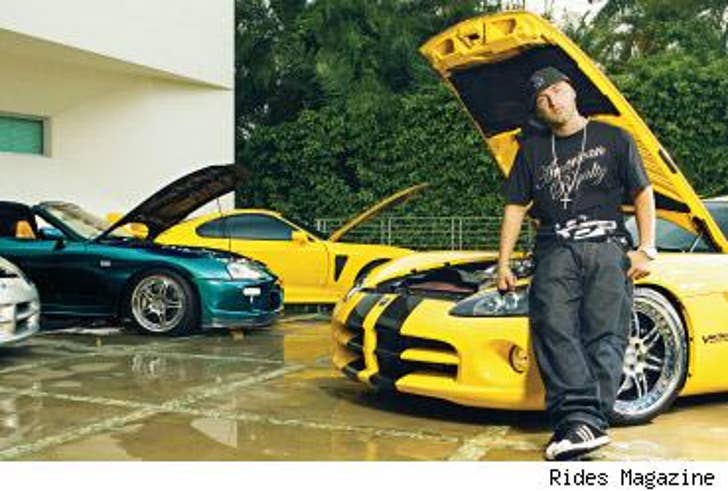 What's more, in an interview in the upcoming Rides magazine, Hogan brags that he got let off not once, but twice by cops, after going over 100 mph in one of his other cars, a silver Viper, because he's a Hogan, and that he didn't get a ticket on the same trip until he was stopped doing 123 mph in a 50 mph zone. Cops said yesterday that a silver Viper was the other car involved in the accident.

Elsewhere, Hogan boasts about "dusting" a Ferrari, "stomping out" a Lamborghini, and even racing his parents and sister in their rides. He also posed for a snap -- with his beloved Supra, which he called "the god of the import tuners."