Hotel heiress Paris Hilton and shipping heir Stavros Niarchos tried to sneak out of Les Deux together without being seen last night. They didn't succeed. 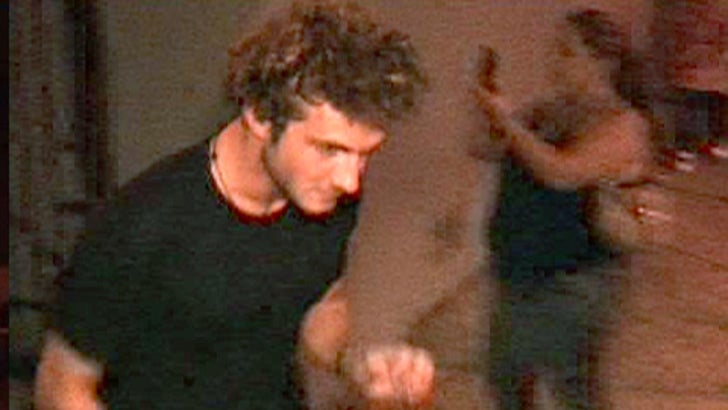 TMZ caught the two as they made a back door exit from the club, with no other cameras around to catch their thwarted incog escape. Niarchos hid his face in his lap in the backseat, while Paris held her purse up. Oops, looks like someone needs a better escape route!

Later that evening, cameras caught a member of the Les Deux security team ringing Paris' buzzer as they attempted to drop off Stavros' car in her driveway. Paris threatened to call the police until the guard explained who he was. Minutes later, Stavros took the keys ... clad in a towel.