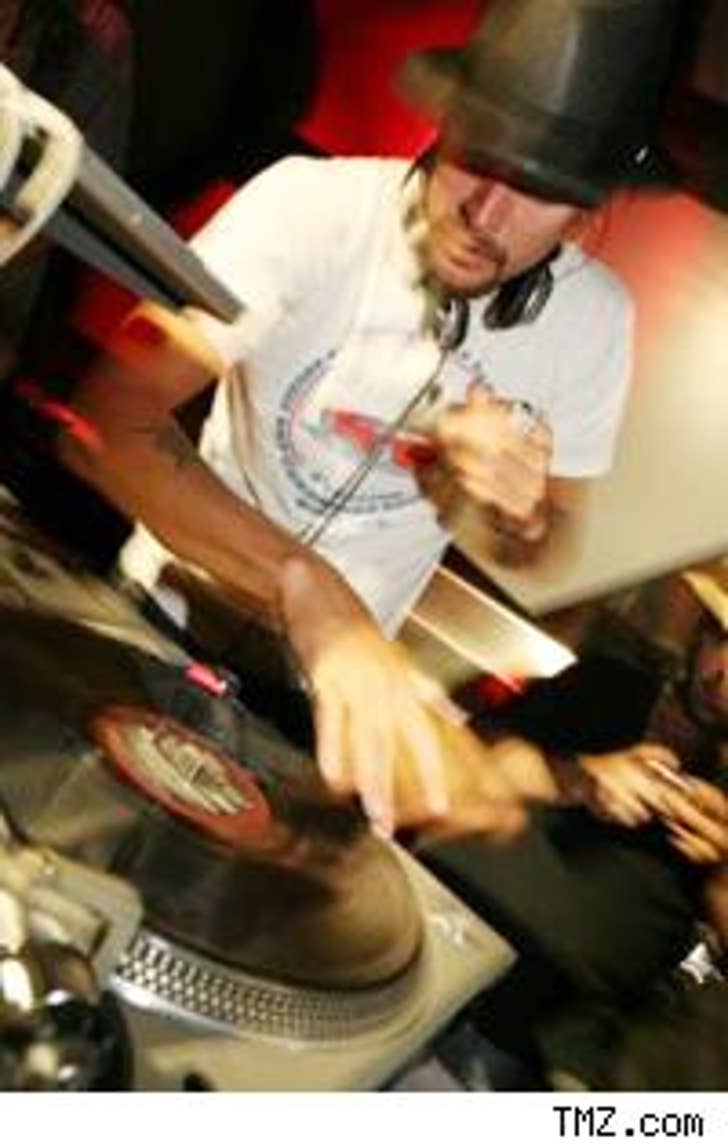 Kid Rock and a couple of cronies -- about 30 -- partied down at a Las Vegas after party last night.

A spywitness says the Rock-led plethora of party people -- including "Sugar Ray" frontman Mark McGrath -- busted into Moon Nightclub and took over the main party table near the dance floor. When celebratory bottles took flight, Rock took a turn on the tables for an hour-long set.

Rock was probably ridin' high, after his sold-out Labor Day kickoff show at the Pearl Concert Theater earlier in the evening.