With a new album due on October 9, what better way for Kid Rock to get publicity -- than to hang out with tabloid anchor Paris Hilton?! 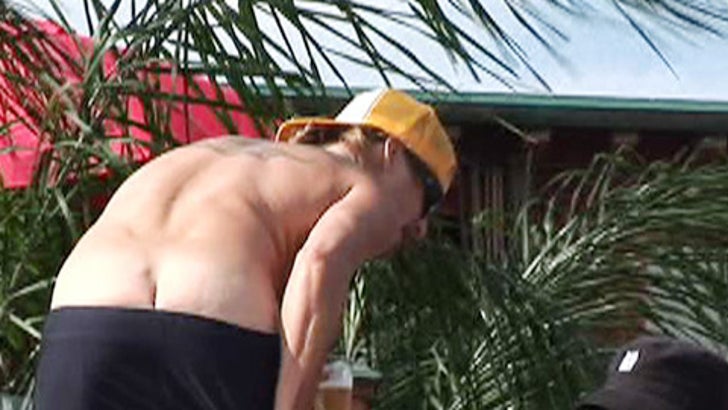 Rock, a fan of foxy blondes, was chatting up an extensionless Paris behind the LG house in Malibu, when he decided to put on a live performance -- of his coin slot. The rap-rocker wagged his backside for photogs, invoking a number of catcalls. Redneck whitetail, anyone?

Kid's new album, "Rock'n'Roll Jesus," will include a Pam Anderson diss song called "Half Your Age."