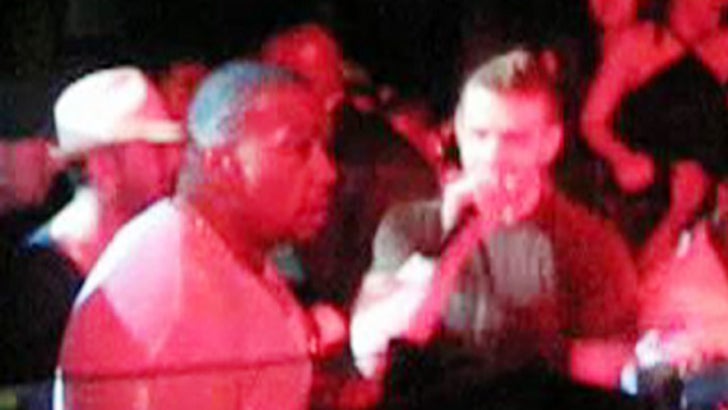 The two Tims hit up JET Nightclub at the Mirage hotel, and helped get the packed house poppin' by grabbing the mics and getting loud for the crowd. Prolific producer Timbaland is in Vegas preparing for his role as musical maestro for the upcoming MTV Video Music Awards -- and must have felt the need to get out, and get down!

Two Navigators were waiting for Timberlake when he left the club -- at nearly 5 o'clock in the morning!