Gwen Stefani was feeling hella good last night after a couple of fans whipped themselves into a mini-frenzy for the Hollaback Girl. 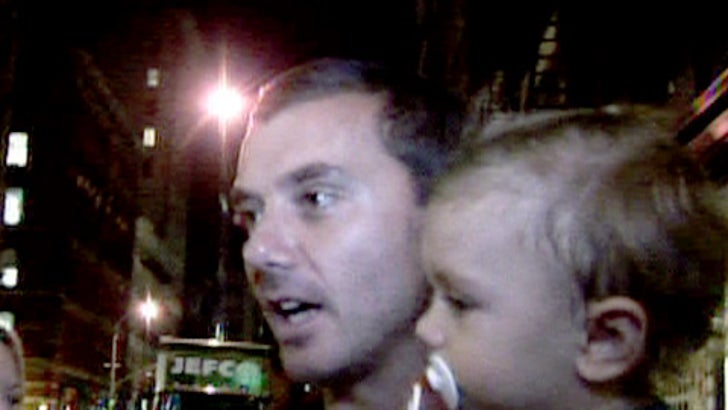 TMZ was outside of Stefani's L.A.M.B. studio in New York last night as Gwen, hubby Gavin Rossdale and their adorable son Kingston James McGregor were leaving. Gwen ran to the car while Gavin stopped to talk to the camera about the couple's upcoming five year wedding anniversary ... though he was a little hard to hear with all the commotion going on behind him for his wife.

Screaming, "Hey you're a rich girl!" a fan was thrilled to see Stefani -- with Gwen cracking a huge smile and laughing at all the attention.