His daughter is having a baby, but not even Lionel Richie knows the sex of Nicole's spawn yet, keeping photogs dancing in the dark when TMZ asked what color cigars he'll be buying. 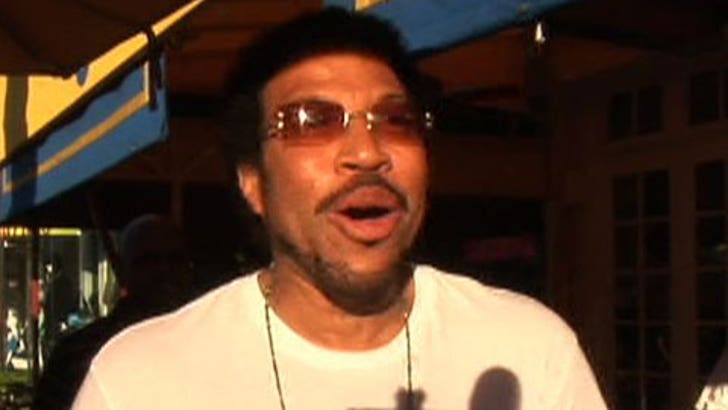 >
Cameras also caught Destiny's Child Kelly Rowland in Malibu, where she promised to watch TMZ on TV ... as long as we're nice to her and her friends! Also in Malibu -- Sir Anthony Hopkins, who wasn't responsive when our cameraman made a lame "Silence of the Lambs" joke. Sorry, Sir.

Also out in L.A.: Eddie Kaye Thomas, who had a defeated look when asked what projects he has coming up, and Caroline D'Amore, who had some nutrition advice for paps.

In New York: Larry David had a run-in with chef Wolfgang Puck, later meeting up with Jeff Garlin and Rich Eisen. 70-year-old Dustin Hoffman knocked the cameraman for not knowing he lived in the Big Apple, while celebufriend Gayle King wished she had worn more makeup.

All this and more in today's "Hey, I'm walkin' here!" edition of Star Catcher.