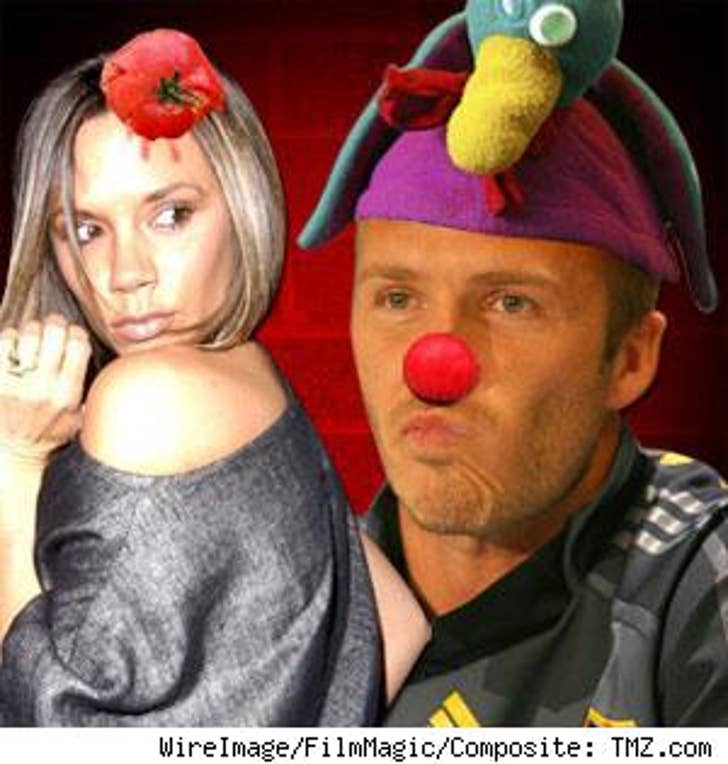 After separately winning numerous music and soccer football awards, the power team of Victoria and David Beckham has finally been nominated for the same prize -- Funniest Double Act! Double maaaajah!

The Brit mag Loaded, which gives kudos to comedy connoisseurs in their annual Lafta awards, released nominations to be voted on by their readers. Editor Martin Daubney said the Beckhams were put up for Funniest Double Act because their move to the US got "the British public laughing." There's a bit of British humor that won't escape anyone!

David's recent knee injury may keep him sidelined for the rest of the season. Not laughing: Galaxy fans.